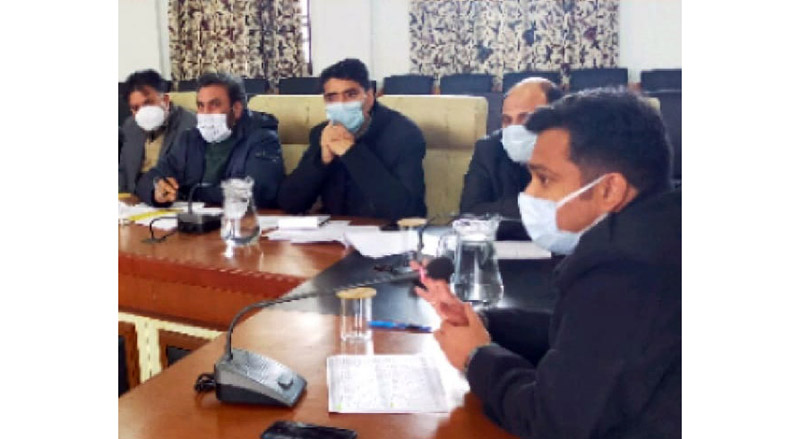 Excelsior Correspondent
ANANTNAG, Dec 16: District Development Commissioner Anantnag Dr Piyush Singla today reviewed the progress of various developmental works being undertaken by Urban Local Bodies and implemented by R&B department. Public works under various heads like IDMT, UDS, My town My Pride,14th FC etc. were also reviewed during the meeting.
The DC Anantnag briefed the Chairmen and EOs of various Municipalities about the Clean Anantnag initiative. He added that public spaces are the face of the district and every effort must be made to keep them clean. He said that he is regularly reviewing progress under the Clean Anantnag initiative and expressed hope that all municipalities will hold cleanliness drive in their jurisdictions. He said that there is rampant defacement of public property and to bring a change, it is important to fix responsibility. Any organization involved in pasting advertisements in public spaces must be taken to task as per law.
During the meeting, progress of works in different Municipal committees by the R&B deptt was discussed. The DC was apprised by the participants of local impediments being faced by them in some cases.
While deliberating on the details of works under execution, the Presidents of Committes informed the DC about the progress and expected tkme of completion of the under execution works.