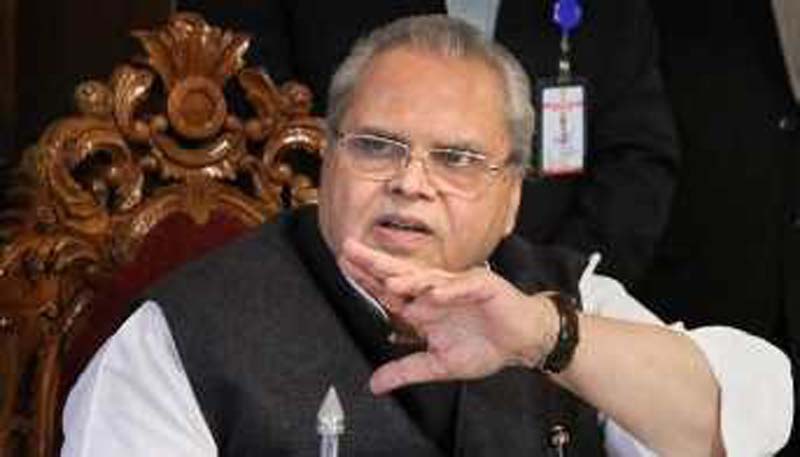 Excelsior Correspondent
Srinagar, Oct 14: Governor Satya Pal Malik today conducted a detailed situation-cum-security review meeting with the Advisors and the Chief Secretary.
In the meeting, Malik was briefed about the recent development on the security front including the opening of post paid mobile phones in the entire Kashmir province from 12 noon today. It was mentioned that this has provided immense relief to the people all over the Kashmir valley and was the last step in removing all restrictions that were imposed since August 5.
The Governor was also apprised about the two incidents that happened over the last two days where militants tried to disturb the normal life through grenade and IED attacks. Luckily, there was no loss of life in either of the incidents.
The Governor was also briefed about the preparations for the Darbar Move which is to take place on October 26. He was also informed that a few Departments such as GAD, Home, Information Techn-ology, Information, Hospitality & Protocol, etc. would be functional in Srinagar upto October 31 in view of the formation of the Union Territories of J&K and Ladakh from that day.
In view of the persistent request of the employees associations and as a welfare measure for the employees, the Governor decided in the meeting that the Darbar Move TA of employees which is currently fixed amount of Rs.15,000 per employee be raised to Rs. 25,000.
This will take effect from the forthcoming Darbar Move, October-2019.
The Finance Department would be issuing necessary orders in this regard, shortly. The Governor wished that all employees would be benefitted by enhancement in their emoluments following the formation of Union Territories.