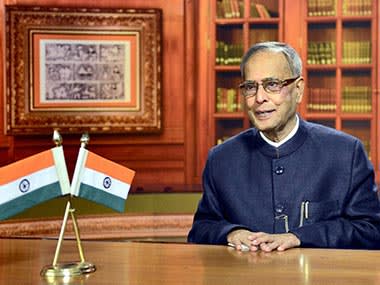 NEW DELHI: Stressing the need to be conscious about past, former President Pranab Mukherjee on Monday cautioned against any attempt to distort or misinterpret history as it can “destroy” a culture, race and bring disaster.

Mukherjee said history or course of civilisation has never been determined by brute forces like Hitler or Mussolini but by personalities like Mahatma Gandhi.

Addressing an event here, the former President said there is an absence of “historical consciousness” among Indians.

“It is one thing, not to be conscious of our own history, but perhaps it is more dangerous if an attempt is made to distort or interpret the history from a particular angularity and to interpret the event.

The former president was speaking at the launch of former Union Minister Natwar Singh’s book ‘Teasured Epistles’. Minister of State in the External Affairs Ministry M J Akbar and JD(U) leader and former diplomat Pavan Varma were also present at the event.  (AGENCIES)