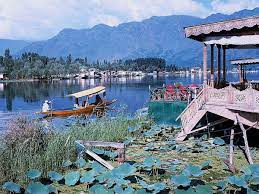 Twenty five years, quarter a century, have undergone for Dal conservation but the process seems to be never ending. Shockingly, hundreds of crores spent but still no improvement in water quality and no increase in area of the Dal which stands only 18 sq km as of now. Year after year new proposals come up, more grants are sanctioned, new set of equipment is purchase in the name of latest technology but on ground situation remains same. Despite five so called sewage treatment plants, which have their own limitations, nothing tangible has been achieved in decades. Lip services by Government after Government, least bothered attitude of authorities, vote bank politics and what not are the excuses and it seems no one is really concerned about the ecological disaster in waiting in near future. So many varieties of fish have simply vanished from Dal, intake capacity of rain water reduced drastically, outgoing water channels encroached meaning flood like situation in no time and factually Srinagar has seen one such catastrophic situation during 2014 floods. Plethora of problems faced by Dal have not been addressed till now despite repeated interjections by Jammu and Kashmir High Court. Have it not been HC interventions, by this time Dal would have been history. More serious is the fact that JKLCMA and other Government Departments are casually brazening even HC orders now. Some loopholes have been observed in Srinagar Master Plan 2035 and despite enough time given to both JKLCMA and Housing Department, no on ground report has been prepared, not a meeting held practically. Authorities in administration are forgetting that these kind of casual attitude are things of past and deliver or vanish is the new mantra under GoI and LG. One hopes that better sense prevails this time and both LCMA and Housing Department sit together to put plan in place to plug pointed loopholes to secure Dal. If not, HC has its own ways to deal with situation as Dal is dying and court cannot be a party to it.