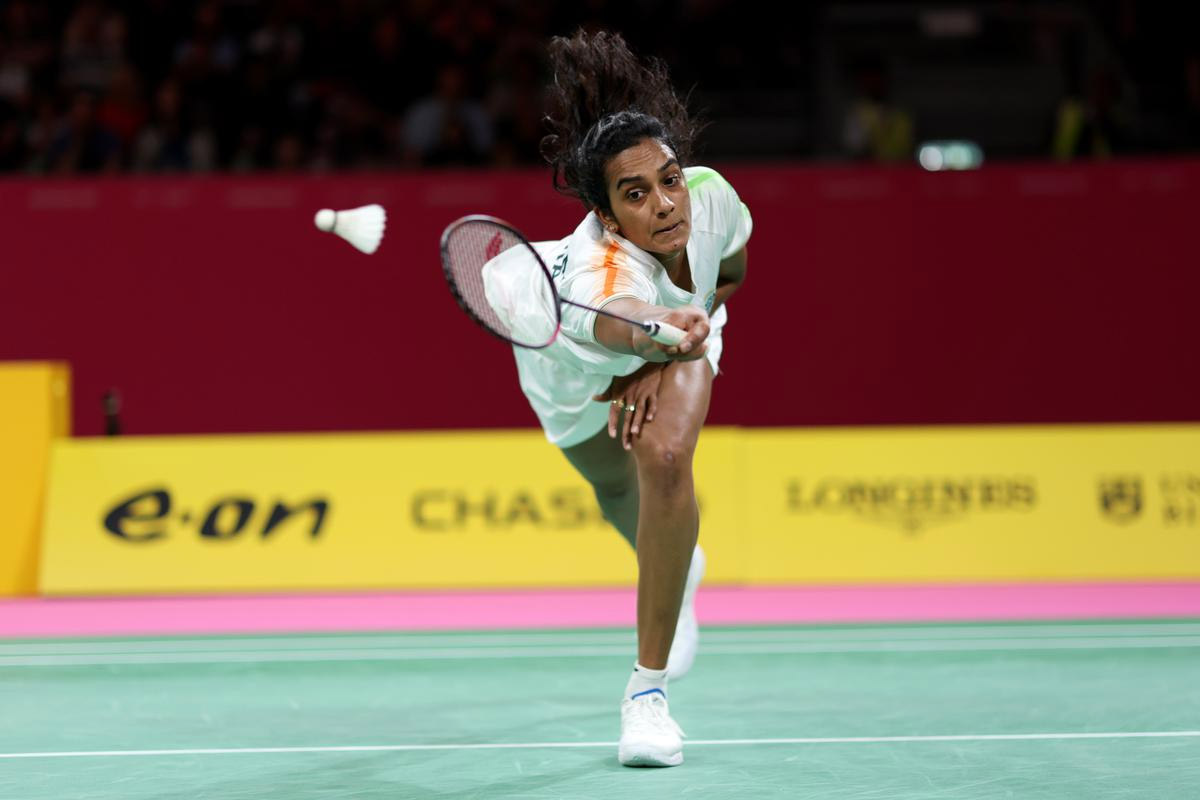 JAMMU, Aug 8: On Monday, India’s sporting icon P. V. Sindhu added a Commonwealth Singles gold to her wide array of medals with a convincing straight-game win over Canada’s Michelle Li in the final here.
The world number seven from India outplayed her 13th-ranked opponent 21-15, 21-13 in front of a packed crowd at the NEC arena. The 30-year-old had to produce something special for her first win against Sindhu in eight years but the Indian did not give her a window.
Sindhu was clinical in her short game and pounced on the slightest of attacking opportunities.
Michelle had beaten the 2019 World Champion way back in the Glasgow Commonwealth Games in 2014.
In the first game, Michelle was trying to get points by playing close to the net while Sindhu was the more attacking one.
A smash on Li’s left made it 7-5 before the Canadian came with a drop shot on Sindhu’s right to make it 7-6.
Sindhu took three straight points after the interval to stretch her lead to 14-8. Michelle then netted a regulation forehand drop, leaving her smiling in frustration.
Michelle did come up with two consecutive backhand winners for 14-17 but Sindhu bagged the first game with a swat shot on the Candian’s body.
The Hyderabad based shuttler took a 4-2 lead in the second with a brilliant retrieve off her body and was cruising 11-6 at the interval.
The crowd sensed a comeback from Michelle who won the longest rally of the match with a forehand winner. Sindhu however shut the door on her and completed a fine win with a cross court winner.
“I had been waiting for this gold for a long time and finally I have got it. I am super happy. Thanks to the crowd, they made me win today,” said Sindhu after the final. (Agencies)