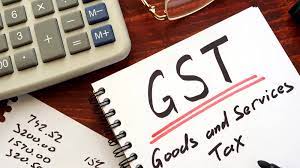 New Delhi, Dec 6: The Union Government should moderate the excise duty it levies on CNG till such time that the environment-friendly natural gas is included in the one-nation-one-tax GST regime, Kirit Parikh Committee has recommended.
Natural gas is currently outside the ambit of GST, and existing legacy taxes — central excise duty, state VAT and central sales tax — continue to be applicable on the fuel.
While the Central Government does not levy excise duty on natural gas when sold in gaseous form, it charges a 14 per cent tax on compressed natural gas (CNG). States levy VAT as high as 24.5 per cent on gas.
The Parikh Committee, which was formed to recommend fair price of gas to the end consumer and a “market-oriented, transparent and reliable pricing regime”, in its report to the Oil Ministry last week suggested that “gas should be brought under the GST regime”.
“The committee recognise that this requires consensus among the states,” it said.
“To obtain this, if need be the states may be compensated for five years for any loss in revenue. The process of getting the needed consensus should be initiated now.”
Natural gas along with crude oil, petrol, diesel and ATF were kept out of the GST regime when the single rate of taxation for goods and services was rolled out on July 1, 2017.
Gas-producing states, such as Gujarat, feared a loss of revenue if VAT and other taxes were to get subsumed into the GST.
“Till the time the GST regime is implemented, Government may consider moderating the Central Excise duty rate on CNG to reduce the burden of higher natural gas costs on the consumers,” the committee report said.
“The committee believes that this is the ideal long-term policy since all stakeholders’ interests are protected and since the impact on Government finances is positive.”
The panel suggested ceiling and floor prices for a majority of domestically produced gas to help moderate rates of CNG.
Bringing natural gas under the Goods and Services Tax (GST) regime will help realise the government’s vision for a gas-based economy and raise the share of environment-friendly fuel in India’s energy basket. The government is targeting raising the share of natural gas in the country’s primary energy basket to 15 per cent by 2030, from 6.2 per cent currently.
Greater use of natural gas will cut fuel costs as well as bring down carbon emissions, helping the nation meet its COP-26 commitments.
Non-inclusion of natural gas under the GST regime is having an adverse impact on natural gas prices due to the stranding of taxes in the hands of gas producers/suppliers.
Presently, the industry pays GST on the procurement of plant machinery and services but is unable to get the input tax credit as the final product is not included under GST. (PTI)