LEH, Sept 5: The Ministry of Culture is preparing a list of monuments in Leh and Kargil to be preserved by the Archaeological Survey of India and given protected status, Minister Prahalad Patel said on Thursday.
The region presently has 14 ASI protected sites — 12 in Leh and two in Kargil.
The sites which are likely to be included are a set of three 50-feet statues in Kargil, which are a major attraction for tourists from countries where Buddhism is practised, and a 100-metre stretch in Leh lined with rock formations.
“We are preparing a list to expand the number of sites that are currently under ASI. Over the last two days we have received feedback from stakeholders and we have realised that there are many sites of historical importance which have not come under the radar of the ministry so far. We plan to prepare the list by November 1,” Patel said.
Officials said the ministry is working with a deadline of November 1, when Prime Minister Narendra Modi is expected to formally announce the UT status of the two regions which were previously two districts of Jammu and Kashmir.
“When the PM announces initiatives of the Centre for the newly formed UTs, our ministries- tourism and culture will be ready to begin work from the very next day. We have already prepared a framework,” the minister said.
Patel, who is on a three-day visit to Leh, has also asked the ASI to finish all restoration work of sites there and also build amenities around them by November 1.
He also said that all monuments under ASI are going to be illuminated in the run up to the announcement by PM Modi.
There were 3,693 centrally protected monuments/sites under the ASI in the country presently which are preserved and maintained by the organisation.
Meanwhile, Union Minister flagged off a mobile science exhibition van in Leh, the first such vehicle in the region which will hold lectures and sky observation sessions for school students, among other programmes.
The van will have science exhibits and hold exhibitions throughout the year at schools in rural areas, except during vacations.
The Mobile Science Exhibition (MSE) programme was originally launched as the Mobile Science Museum (MSM) in 1965 with the mission: ‘If the people cannot visit the museum, let the museum visit the people at their doorsteps’.
The Culture Ministry will launch 25 Mobile Science Exhibition buses across the country.
“The country had a total of 23 science exhibition vans. Now, thanks to the Prime Minister, 25 vans were given at one go. What is significant is that the national movement has started from Leh.
“This has begun from here whereby the total number of such vans will now be 48. From today, the 24 other vans will also be launched simultaneously across the country,” the Union Culture and Tourism Minister said.
Patel flagged off the van from the Leh Palace and besides exhibitions, it will also conduct sky observations, science films shows, science demonstrations and lectures.
The programmes aim to popularise science and technology among students as well as the people.
The buses will travel to schools throughout the year except during vacations and aim to create scientific awareness among children in rural areas. Each specially designed bus contains 20 interactive exhibits. 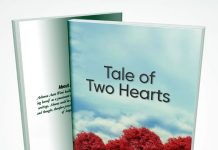 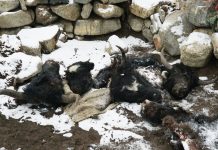 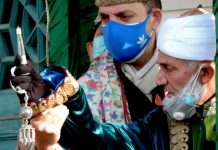 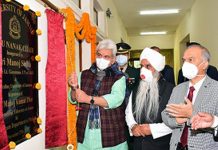 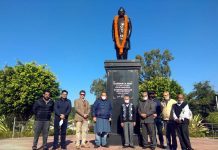 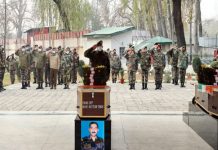 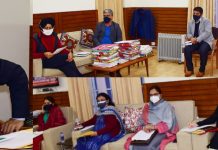 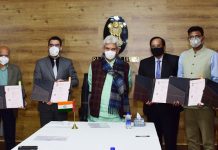 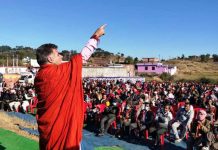 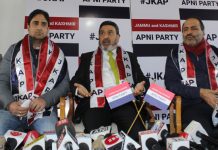 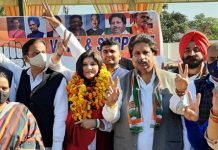 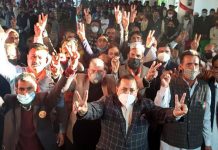