E-Paper
Home Todays story CUJ directed not to declare results of posts swapped in violation of... 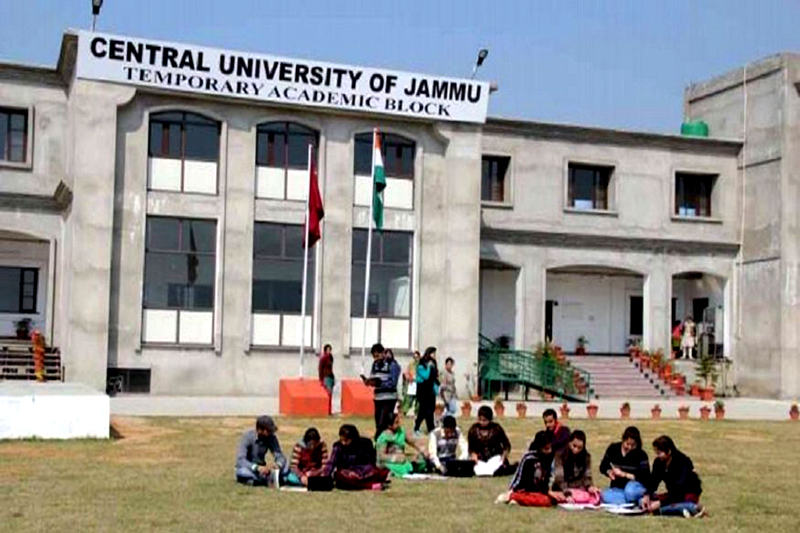 JAMMU, Dec 6: Stalling the attempt by Central University of Jammu (CUJ) to authorize its wrongdoing of manipulating the reservation Roster for the teaching positions and then conducting interviews of the same, the National Commission for Backward Classes has directed the university not to declare results of the posts swapped in violation of Roster Point.
The significant direction has come ahead of the CUJ Executive Council meeting, which has been scheduled to be held on December 10 for declaring and approving results of the teaching positions, interviews for which were held in the month of October and November.
The Commission has also directed the university to must follow all Rosters regarding reservation policies in the recruitment of teaching and non-teaching staff and maintained that any kind of harassment should not be done to petitioner or any person associated with the case.
The Excelsior had exclusively reported major violation of the approved Roster for reservation by the CUJ, which allegedly changed the status of reservation for Assistant and Associate Professors in a number of disciplines where posts were lying vacant and thus caused a colossal damage to the interest of eligible category candidates against various positions.
Pertinent to mention that once the Roster is approved by the University Council as per the procedure stipulated by the Government of India and advertisement is made accordingly, the status of the positions contrary to approved roster cannot be changed by the Vice-Chancellor on his own. The CUJ had approved the Reservation Roster of 200 points in its 2nd meeting of the Executive Council on January 14, 2013. According, till 2014, the University advertised the posts of Assistant Professor, Associate Professor and Professor as per the approved Roster.
However, in the recently advertised posts for the vacant positions of Assistant Professors, Associate Professors and Professors in various departments of the CUJ, the approved Roster was allegedly modified and manipulated to suit the interest of favourite candidates. The positions approved and the positions advertised were in contravention of the guidelines of the UGC and the Government of India.
Taking cognizance of purported manipulation in the Reservation Roster and gross violation of Reservation Policy in recruitment at CUJ, National Commission For Backward Classes (NCBC) initiated investigation into the matter following a complaint in this regard was received by the Commission.
The Commission first sought factual report from the university over the illegal swapping of positions made by the authorities. Thereafter, a hearing on the subject was held on November 6, 2019 at the Commission office where the CUJ Vice-Chancellor and the Registrar sought to explain the university position but failed to justify swapping of positions in violation of reservation Roster, sources said.
After the hearing, the matter was also brought into the notice of University Grants Commission (UGC), which will submit its report by January 15, 2020, sources added.
While the matter is still under investigation of the Commission as well as the UGC, the CUJ authorities tried to play smart and hurriedly scheduled Executive Council meeting on December 10 for approving the results of controversial interviews.
However, the fresh direction of the Commission for not declaring results of the swapped posts has not only stalled the university attempt to authorize its wrongdoing but also caused major embarrassment to the CUJ authorities.
“Till the final decision is awaited and submission of UGC action taken report, the university must follow all Rosters regarding reservation policies in the recruitment of teaching and non-teaching staff while the results of those posts should not be declared, which have been swapped,” says the communication by the Commission, addressed to the CUJ Vice-Chancellor.