Excelsior Correspondent
SRINAGAR, Aug 1: Chief Secretary BVR Subrahmanyam and Director General of Police (DGP) Dilbag Singh visited parts of Srinagar city area to take stock of the security and deployment arrangements on the occasion of Eid festival.
The CS and DGP were accompanied by the IGP Kashmir Vijay Kumar and SSP Srinagar Dr Haseeb Mughul. They interacted with territorial officers and jawans deployed on duty.
During the tour, they visited MA Road, JC Flyover, Secretariat, Batamaloo, Court, Bemina, Qamarwari, Safakadal, Nalamar, Khanayar, Rainawari, Nageen, Foreshore, Nishat and Boulevard areas.
The tour was primarily aimed at taking stock of on ground security measures and deployment of forces in the city besides greeting civilians, J&K Police and forces personnel on the occasion of Eid-Ul-Adha.
While interacting with the territorial officers, the CS and DGP directed them to be alert and cautious as the anti national elements are hell bent to disturb the peaceful environment. They directed them to ensure people friendly atmosphere amidst the Eid festival while maintaining peace and order and added to ensure that health protocols are being followed by every one as per the government guidelines.
They further directed the officers to take due care of the jawans deployed on naka and other duties. They said that good coordination with other security forces on ground is to be maintained for achieving desired outputs.
SSP Srinagar Dr Haseeb Mughul, SP North Tahir Ashraf, SP South Sajjad Shah, SP East Sheema Nabi, SP West Shahzad Salaria and SP Hazratbal Sudhanshu briefed the CS and DGP about the security measures being taken and deployment of forces on ground in their respective areas. 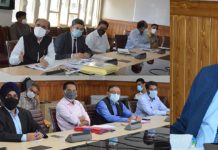 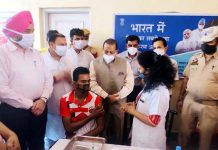 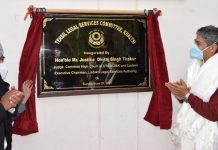 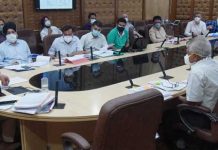 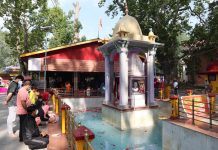 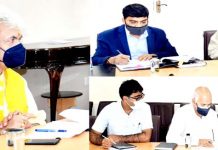 Geo-tagging of each project must to ensure transparency, accountability: LG 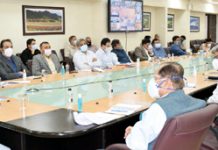 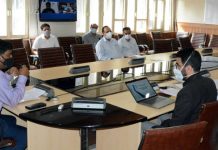 Every household in J&K to get tapped drinking water by Sept 2022: CS 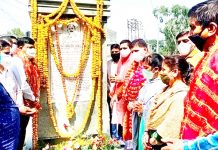 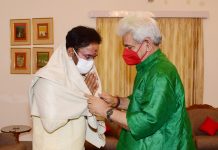 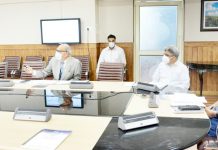 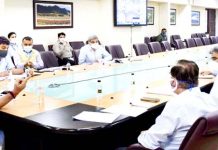