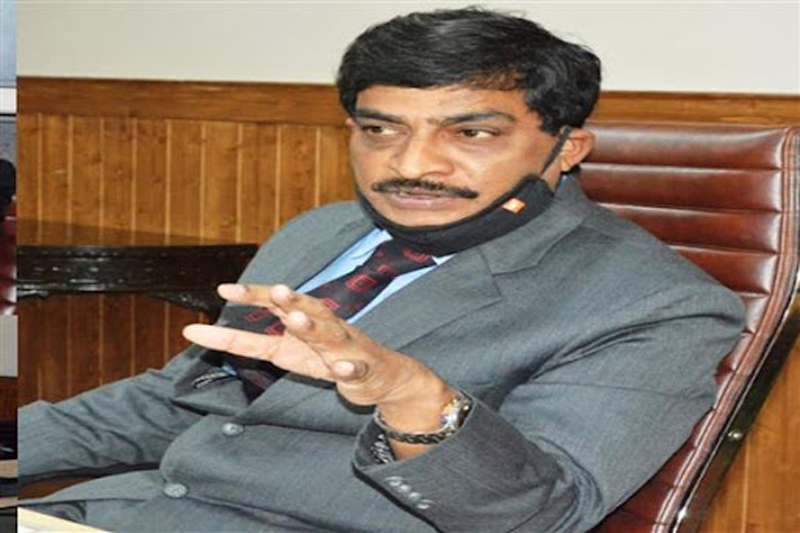 Excelsior Correspondent
SRINAGAR, Nov 28: Chief Secretary of J&K Dr A K Mehta has assured the National Green Tribunal (NGT) that the execution of action plans will be overseen and monitored on regular basis.
Dr Mehta appeared before the Panel as the petition on prevention of unscientific dumping of waste and encroachment of Wullar, Hokersar and Kreentchoo Chandhara wetlands was listed before the Principal Bench of the NGT.
The NGT also directed the Chief Secretary to consider the suggestions of the petitioner Dr Raja Muzaffar Bhat who has suggested that local preachers, NGOs, theatre groups and religious leaders be involved in creating awareness on the conservation of wetlands.
The counsel of the petitioner Advocate Saurabh Sharma who appeared on behalf of the petitioner told the NGT that Govt of J&K had not acted upon the previous orders and advisories of the tribunal as only paperwork was being done and wetlands like Wullar, Hokersar, in particular, were being encroached and polluted by solid/liquid waste dumping.
During the hearing, several suggestions were put forward by the petitioner Dr Raja Muzaffar before the NGT principal bench through his counsel Saurabh Sharma Advocate which included the holding of monthly meetings on Waste Management in Wetland areas by Regional Wildlife Warden Kashmir Wildlife Department, Mission Director SBM Grameen (Rural Sanitation Deptt) J&K and Director ULB (Urban Local Bodies).
It was also suggested that the Chairpersons of District Development Councils (DDCs) Budgam, Bandipora & Pulwama and Principal Secretary Rural Development J&K Govt be taken on board while executing Solid and Liquid Waste Management Programmes in Wetland villages/areas.
The suggestions also sought directions be issued for measures for monitoring and assessment to determine whether the condition of wetlands is improving, neutral or declining and report to this effect be submitted to the Tribunal
In response to this, NGT Principal Bench in its written order stated that they have noted the stand of the Chief Secretary, J&K that the execution of action plans will be overseen regularly by Secretary Environment & Forest, J&K as well as by the Chief Secretary, J&K personally at least once in a month for further continuous action.
“As regards the suggestions of the applicant, the same may be duly considered by the Chief Secretary, J&K, to the extent not already considered,” the bench said.
Concerning ensuring better water quality in the wetlands was managed, the NGT said that water quality of the wetlands with respect to BOD needs to be less than 3 mg/l, faecal coliform should meet norms and contamination due to toxic constituents either directly or through runoff from the catchment should be prevented. The biodiversity of the wetlands needs to be maintained.
The bench also said: “Monitoring of steps for compliance of Rules concerning such Wetlands ought to be at district level by the District Magistrate, at State level by State Wetland Authority and national level by National Wetland Authority. “We are confident that such initiatives in monitoring will go a long way in protecting the Wetlands which have significant environmental functions.”