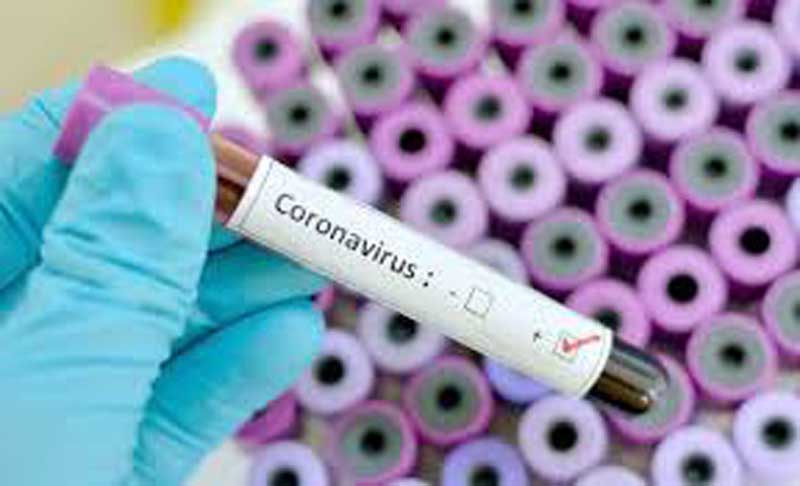 Srinagar, Aug 5: A paramilitary Central Reserve Police Force man was among 10 persons who died today due to COVID-19 in Kashmir taking the toll in Jammu and Kashmir to 428 and at least 46 security personnel were among 463 fresh Coronavirus cases in Kashmir, taking the overall tally in J&K to 22, 959.
Among them, three deaths were reported from Srinagar, two each from Anantnag and Budgam including a CRPF trooper besides one each from Bandipora, Kupwara and Baramulla. With these deaths, the toll due to the virus in Kashmir stands at 397 and 31 in Jammu.
A CRPF man belonging to 176 battalion today died at SKIMS Soura. He had tested COVID-19 negative on July 25 but his X-ray showed bilateral lower pneumonia. He was shifted first to BSF hospital and later to SKIMS Soura where he tested positive. He suffered cardiac arrest today.
A 50-year-old woman from Kupwara died this morning at Chest Diseases hospital Srinagar. Admitted on July 28, the woman was suffering from pneumonia with hypertension and hypothyroidism. She was on ventilator and had a sudden cardiopulmonary arrest today.
A 70-year-old from Sirhama Bijbehara, a 55-year-old man from Pattan Baramulla, a 65-year-old man from S K Colony Anantnag and a 50-year-old from Srinagar died today.
The woman from Sirhama Bijbehara, a surgical patient was admitted on July 25, died at SKIMS today while the 65-year-old resident from SK Colony area of the South Kashmir district, admitted on August 2, died last night at SKIMS.
The 55-year-old man from Pattan was a resident of Goshbugh area and was suffering from bilateral pneumonia. He was admitted to SMHS hospital on July 27 and died today.
And sample of a 50-year-old man from Srinagar’s Bemina area who also died at SMHS hospital tested positive posthumously.
Srinagar district with 141 deaths topped the list followed by Baramulla 74, Budgam 33, Kulgam 29, Anantnag 28, Shopian 23, Pulwama 24 and Kupwara 22.
At least 46 security personnel were among 463 fresh coronavirus cases reported in Kashmir today taking the overall tally in J&K to 22959.
Among these cases, five are from BB Cantt, six from 2 RR Aripath Budgam, 8 CRPF men from Rambagh camp and 26 from other places including Karanagar, Bemina, Humama, Lethpora and Santangar.
Srinagar reported 160, Baramulla 29, Pulwama 105, Kulgam 27, seven each in Shopian and Anantnag, Budgam 41, Kupwara 2, Bandipora 44 and Ganderbal 41.
In Kashmir, Srinagar topped the list with 5590 cases followed by Baramulla with 1997, Pulwama 1733, Kulgam 1552, Shopian 1492, Anantnag 1417, Kupwara 1163, Budgam 1368, Bandipora 865 and Ganderbal 560.
An official said that 427 samples were processed at SKIMS Medical College Bemina today and 50 tested positive.
The official said that 1155 samples from Srinagar Airport were processed at SKIMS Virology laboratory and 44 tested positive. He said that 969 samples from various districts of Kashmir were processed at SKIMS Virology laboratory and 134 tested positive.
The official said that at Chest Diseases Hospital Srinagar Virology laboratory 1434 samples were processed and 97 tested positive.
The officials said, 297 more patients have recovered and discharged from various hospitals of Kashmir valley. So far, 15244 patients have been discharged including 3264 from Jammu and 11980 from Kashmir.