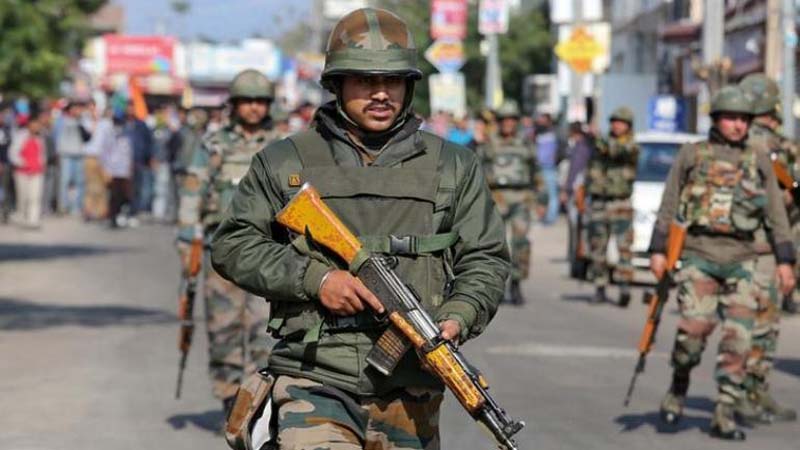 One CRPF jawan was killed and another injured on Tuesday when a militant hurled a grenade at a patrolling party in south Kashmir’s Anantnag district, officials said.

Head Constable Shiv Lal Neetam was killed in the incident in Bijbehara on Tuesday evening.

A man threw a grenade at a CRPF patrolling party and ran away, the officials said.

The jawans received splinter injuries and were rushed to local hospital where Neetam was declared brought dead, they said. (AGENCIES)