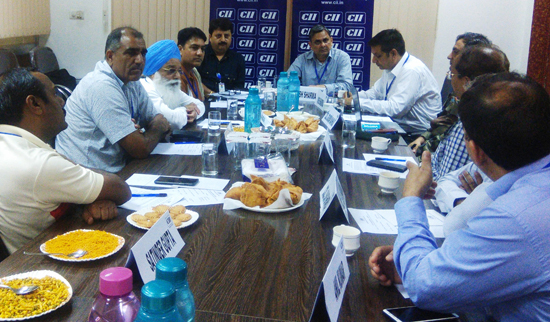 Excelsior Correspondent
BHADERWAH, Aug 4: To commemorate the supreme sacrifice of late Mool Dev Sharma, who attained martyrdom while fighting naxals in Tripura, the 33 Battalion of Central Reserve Police Force (CRPF) installed a plaque in his memory at Government High School, Dugli, here.
According to a handout issued by CRPF here, Shaheed Mool Dev Sharma got martyred on January 1, 2000 while fighting courageously with the militants till his last breath while posted in 2nd Battalion CRPF in Tripura State and demonstrated a strong sense of dedication and loyalty towards his duty and the nation.
Neeraj Tyagi, Second in Command and other officials 33 Battalion CRPF installed the plaque in the memory of martyr Mool Dev Sharma at Government High School, Dugli, his native village.
On the occasion, Inspector GC Ramchiary, Inspector Ramanand, Principal of the school Abdul Hafiz Bhatt, Rishi Kumar Kotwal, Ex-Sarpanch of Dugli, students, his family members and villagers were also present and paid floral tributes to the martyred soldier.
On the occasion Neeraj Tyagi, Second in Command 33 Battalion honoured the mother of the martyred jawan and his wife by presenting them the woolen shawls.