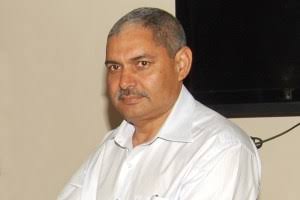 An order issued by the Union home ministry said Deswal, a 1984-batch Haryana cadre IPS officer, will hold the CRPF charge “till the appointment and joining of the successor or untill further orders, whichever is earlier.”

He reviewed a ceremonial farewell parade early Tuesday morning at a CRPF base in Gurugram and will be formally sent off from the headquarters located at Lodhi Road here, officials said.

They said the name of a full chief for CRPF could be declared by the government by the next week.

The CRPF is not only India’s but also the world’s largest paramilitary force with over 3.25 lakh personnel in its ranks and is categorised as the lead internal security, law and order maintenance and anti-Naxal operations conducting force of the country.

It was raised as the Crown Representatives Police (CRP) in 1939 under the British and post Independence, named as CRPF in 1949. (AGENCIES)