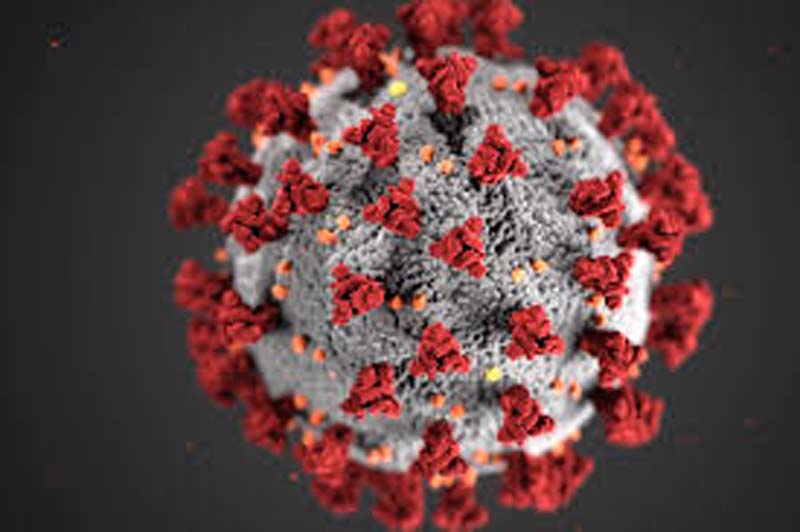 NEW DELHI, Jun 3:
The nationwide tally of confirmed COVID-19 infections neared 2.1 lakh today with a record number of nearly 9,000 new cases getting detected across States and Union Territories, while the death toll neared the 6,000-mark.
The Government, however, said recoveries have also crossed the one-lakh mark and the testing infrastructure has been ramped up considerably.
Badly-hit states and union territories such as Maharashtra, Tamil Nadu, Gujarat and Delhi continued to report rising tallies, while new cases continued to surface in several eastern and north-eastern States including Bihar, West Bengal, Odisha, Assam, Nagaland, Mizoram and Sikkim.
Uttarakhand, Himachal Pradesh, Andhra Pradesh and Kerala also figured among the states where more people tested positive for COVID-19.
In its morning update, the Union Health Ministry said the total number of cases has risen to 2,07,615 across the country, following an increase of 8,909 cases in the 24 hours since Tuesday 8 am, while the death toll rose by 217 in this period to 5,815.
The number of active cases has also risen to more than 1.01 lakh, while at least 1,00,302 COVID-19 patients have recovered already giving an overall recovery rate of over 48 per cent, the ministry said.
However, a PTI tally of figures announced by States and UTs, as of 9.30 pm, showed the total number of confirmed cases having risen to close to 2.1 lakh and the death toll to approximately 6,000, showing an increase of nearly 9,000 cases since Tuesday evening and at least 273 more fatalities in this time period.
It also showed a higher number of recoveries at more than 1.03 lakh.
India is the seventh worst-hit nation by the COVID-19 pandemic after the US, Brazil, Russia, the UK, Spain and Italy. India’s tally had crossed the 2-lakh mark last night with nearly 1 lakh new cases having emerged in a span of 15 days. The first COVID-19 case in India was detected on January 30.
The Health Ministry also said that the number of COVID-19 tests across the country has crossed the 40 lakh-mark, while the daily testing capacity has been ramped up to 1.4 lakh through 480 government and 208 private laboratories. Sources said attempts are underway to further increase the capacity to two lakh tests per day.
In the national capital itself, a record number of 1,513 new cases emerged, taking its tally past the 23,000-mark, while the death toll climbed to 606.
The Delhi Government, however, reduced the 14-day mandatory home quarantine period to seven days for all asymptomatic travellers arriving in the national capital.
Tamil Nadu reported its highest single-day increase of 1,286 cases, taking its tally of confirmed cases to 25,872. The state also recorded 11 more fatalities, taking the death toll to 208.
In Telangana, four doctors at a Hyderabad Government hospital tested positive.
In North, Himachal Pradesh’s remote Kinnaur district reported its first two cases after a couple tested positive after returning from Delhi.
Barring Lahaul-Spiti, now 11 of the 12 districts in the state have COVID-19 cases.
Uttarakhand also saw 23 more people testing positive, taking its tally to 1,066. According to the state government bulletin, the people who tested positive had travelled to Delhi, Aligarh, Mumbai and Hyderabad.
In Nagaland, nine more people tested positive and all of them had returned to the state last month in a migrant special train.
In Sikkim, a man who returned from Delhi recently tested positive, becoming the second case of COVID-19 in the hill state. Megalaya and Mizoram also saw new cases among those having returned from other states.
Assam recorded 111 new cases, while Odisha reported 143 more cases. Karnataka recorded 367 new cases and 168 new cases emerged in Madhya Pradesh.
Gujarat’s tally of confirmed cases rose by 485 to reach 18,117, while its death toll increased by 30 to 1,122.
Maharashtra, the worst-hit state, reported 122 COVID-19 deaths, the highest for a day, taking its toll to 2,587, while the count of positive cases rose by 2,560 to 74,860. However, close to 1,000 patients were discharged from hospitals.
In the national capital, a five-member committee has been constituted by the Delhi government to strengthen the healthcare infrastructure and look into overall preparedness of hospitals to battle COVID-19.
In the meantime, the protest by the AIIMS Nurses’ Union over their working conditions entered the third day. The premier medical institution in the national capital has seen at least 329 staff members having tested positive for COVID-19 so far, of which 47 are nursing staff.
In a letter to AIIMS Director Randeep Guleria, the nurses body has put forward a number of demands including implementation of a uniform four-hour shift with personal protective equipment in COVID-19 areas of the hospital, a uniform rotation policy between COVID-19 and non-COVID-19 areas, and establishment of proper donning and doffing area. (PTI)