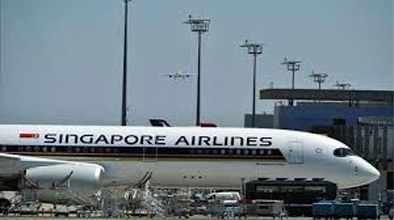 SINGAPORE, Mar 18: Singapore Airlines has said it is cutting flights across its network by half as countries around the world impose border controls in response to the COVID-19 pandemic.
Given the growing scale of the border controls globally and its deepening impact on air travel, the Singapore Airlines (SIA) said it expects to make further cuts to its capacity.
“Make no mistake – we expect the pace of this deterioration to accelerate. The SIA Group must be prepared for a prolonged period of difficulty,” SIA Chief executive officer Goh Choon Phong said in a release on Tuesday.
The SIA, he said, has lost a large amount of traffic in a very short time, and it will not be viable for the airline to maintain its current network.
Today’s suspensions mean that the SIA will operate only 50 per cent of the capacity that have been originally scheduled up to the end-April, the airline said.
The SIA said it is actively taking steps to build up liquidity.
The group will also consult the unions (of employees) once again as it urgently takes steps to further cut costs. Additional measures will be announced when they have been firmed up.
This comes hours after Singapore expanded its travel restrictions to include travellers who have visited ASEAN countries, UK, Japan and Switzerland.
The restriction, which took effect on March 16, applies to all travellers except for Singaporeans and Malaysians using sea and land crossings with Malaysia. Travellers who have visited these countries will be issued with a 14-day stay-home notice.
Singaporeans are advised to defer all non-essential travel abroad to reduce their risks of contracting the virus.
Airlines around the world are facing dwindling travel demand amid the travel restrictions imposed following the deadly coronavirus outbreak. The outbreak has led companies to scale back on business travel and discouraged tourism.
The number of confirmed cases in Singapore are 266, of which 14 are in critical condition in the intensive care unit.
Five more cases have been discharged, bringing the number of discharged and fully recovered cases to 114. (PT)