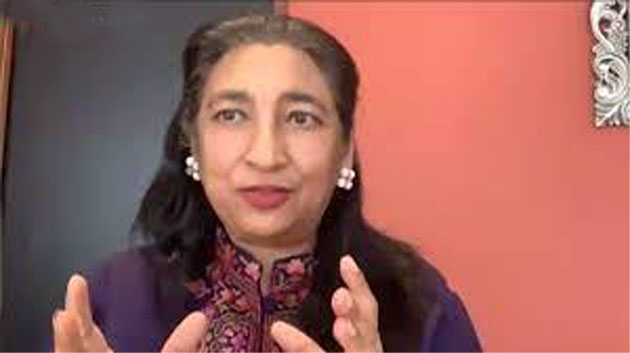 NEW YORK, Mar 7: The COVID-19 pandemic has negatively affected women’s income, health and security, and now there is a “magnified problem” of the impact of care burden that is precluding them from rejoining the workforce, top Indian-origin official at the UN Women Anita Bhatia has said ahead of the International Women’s Day.
Bhatia, the Assistant-Secretary-General and Deputy Executive Director of New York-based UN Women, a United Nations entity working for the empowerment of women, stressed on the need for women-focussed policies as nations strive to build back better.
“One year into the pandemic, we are seeing the real impact of all this playing out. But one thing has become crystal clear through the pandemic which wasn’t so clear at the beginning, is the impact of the care burden that women have,” she told PTI in an interview on Saturday.
Ahead of the International Women’s Day which is on March 8, Bhatia said that the impact of the pandemic on women has been disproportionate relative to the impact on men, with women’s income, health and security begin negatively affected due to the global health crisis.
She said that women were doing three times as much unpaid care as men before the pandemic and this number has “exponentially increased” because the care burden has fallen disproportionately on women, who are doing housework, helping children with homework, ensure there is food on the table.
“The new problem that we are seeing now, one year into the pandemic, is not only that women lost jobs. It’s that even as economies open up, you are not finding women going back to their jobs in the same numbers,” Bhatia said.
As the pandemic hit, there was an already declining labour force participation of women around the world.
“When you add to that, the huge impact of the care burden, what you see is a magnified new problem, which is the impact of the care burden on women, and how that is precluding them from going back to work in the same way as before,” she said.
Bhatia cautioned that if this continues to play out the way it is, countries will see a decline in productivity because half the population is not working.
Declines in productivity will be followed by a fall in GDP because the pie is getting smaller.
“It is absolutely imperative that as governments think about building back better, they think very explicitly about what does this mean for women. How do we make sure that women are at the center of the response. And that we are doing everything we can to make sure that we are growing our economies and not shrinking them,” she said.
Bhatia emphasised that the issue of care burden on women is not a family or an individual issue but a public policy one.
“This means governments have to think about subsidised childcare, expanding social protection schemes, cash transfer programs,” she said, adding that businesses have to think about providing childcare, flexible working hours.
“Countries have to rethink very fundamentally their social and economic systems if they want to have women be an active part of their societies and economies,” she said.
As nations prioritise building back better, Bhatia said governments have to continue to invest in digital infrastructure and skilling, consider the issue of care burden for women as a public policy matter and ensure social protection schemes that can help alleviate burden of the care on women are expanded.
“This is not just for the public sector. It’s a private sector ask as well because this cannot be done just by government, businesses too have a very important role to play,” she said.
Bhatia also pointed out that it is very important for governments to invest in re-skilling women for new jobs as some jobs have shifted and are never coming back in a post-pandemic world.
“It’s really important to give women the skills they need to participate in the new way of working in the future of work,” she said.
The UN Women said that the theme for this year’s International Women’s Day is ‘Women in leadership: Achieving an equal future in a COVID-19 world,’ which “celebrates the tremendous efforts by women and girls around the world in shaping a more equal future and recovery from the COVID-19 pandemic and highlights the gaps that remain.”
The UN agency said that women are at the forefront of the battle against COVID-19 yet they get paid 11 per cent less globally than their male counterparts.
Bhatia pointed out that as nations implemented lockdowns, sectors such as retail, hospitality, tourism and travel that had a very high degree of female participation closed down first.
“Not that men didn’t lose jobs, but women lost them at a higher proportion, and suffered a higher unemployment rate compared to men,” she said.
Bhatia also underscored that basic physical safety of women was heavily affected during the pandemic. Rates of domestic violence went up because of stressful situations created from lack of employment.
Conditions of the lockdown were “just perfect” for perpetrators of abuse since women could not go out nor did they have access to helplines.
In her message on International Women’s Day 2021, UN Women Executive Director Phumzile Mlambo-Ngcuka said there has been increased violence against women and girls during the pandemic as well as lost learning for girls as school drop-out rates, care responsibilities and child marriages rise.
“We are seeing tens of millions more women plunge into extreme poverty, as they lose their jobs at a higher rate than men, and pay the price for a lack of digital access and skills,” she added. (PTI)