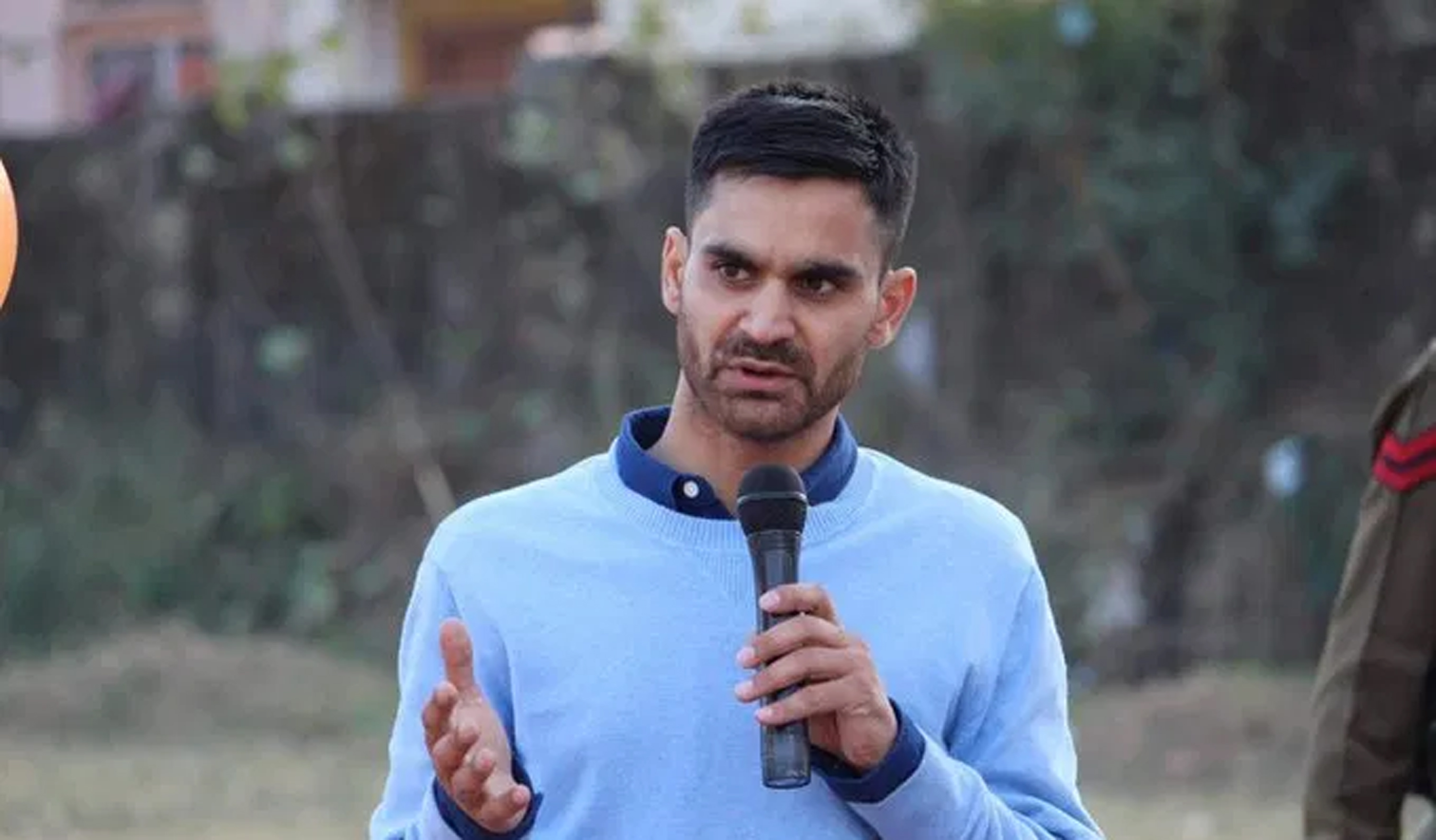 SRINAGAR: A special court here Thursday rejected the bail plea of PDP leader Waheed Parra, the second time in five months, and decided to hear Friday arguments on the chargesheet filed against him, officials said.
Parra is considered a close aide of former Jammu and Kashmir chief minister Mehbooba Mufti.
The in-camera proceedings had been hearing the arguments of defence and prosecution over the maintainability of the case filed against Parra, who was initially arrested by the NIA in a different case related to terror-funding.
The complete judgement on the rejection of the bail application would be made available Friday, the officials said.
In a related development, the court also said that it would begin hearing arguments on the charges filed against Parra from Friday.
This is the second time in the last five months that the court has rejected Parra”s bail application.
Dismissing the bail plea in February, the court had said the charges against him were “grave, serious and heinous in nature” and that a preliminary analysis of evidence collected till then showed he was allegedly aiding militancy in Jammu and Kashmir in the garb of a politician.
In the 19-page order, the special court had rejected the argument that Parra was a budding politician and said “a perusal of the CD file transpired that in the garb of a politician, the petitioner had been playing an active role in funding the militants and had also been demanding arms and ammunition against payment by misusing his position”.
Parra was detained by the Criminal Investigation Department (Kashmir) and brought from Jammu on a transit remand, after his release by an NIA court on January 9. The National Investigation Agency (NIA) had arrested Parra on November 25 in a separate case related to terrorism.
The counsel for Parra claimed that his client had managed to win the District Development Council elections while in the custody of the NiA, which alleged that he had paid Rs 10 lakh to Naveed Babu, a terrorist of the banned Hizbul Mujahideen, for “managing” the 2019 parliamentary elections in south Kashmir.
The Jammu and Kashmir Police last month filed a chargesheet against Parra in a case related to the alleged nexus between politicians and terror groups in the union territory.
Parra has been chargesheeted by the Criminal Investigation (Kashmir) wing of the Jammu and Kashmir”s CID under various sections of the Unlawful Activities (Prevention) Act dealing with waging war against the country and threatening peace.
The CIK had filed a case last year against unknown politicians and others based on “reliable and confidential sources” who said some political functionaries were misusing their power and helping militants.
The Jammu and Kashmir Police had also carried out an Internet Protocol Detail Records (IPDR) analysis of Parra, the PDP youth wing president, to probe allegations that he was in touch with secessionists and terrorists across the border.
The IPDR helps track the details of a call or message generated by a phone device and includes details like the number from which the call was made, destination port, start and end date and time.
In March this year, Parra was chargesheeted by the NIA and it was alleged he had paid Rs 5 crore to the son-in-law of hardline Hurriyat Conference leader Syed Ali Shah Geelani for keeping Kashmir in turmoil after the death in 2016 of Burhan Wani, who was then the poster boy of banned Hizbul Mujahideen terror group
In January this year, Parra was granted bail by the NIA court, which said there was no reference to him in the original, as well as the supplementary charge sheets presented in July and October last year respectively.
However, he was arrested by the CIK wing in the case related to nexus between mainstream politicians and secessionists, and continues to be in jail since then. His bail was rejected by the NIA court in Srinagar. (Agency)