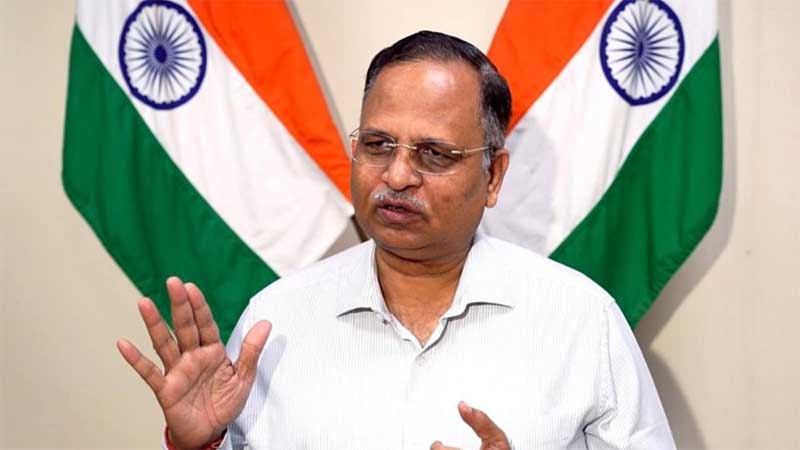 NEW DELHI, Sept 23:
A Principal District and Sessions court here on Friday allowed an Enforcement Directorate (ED) application seeking transfer of the money laundering case against Delhi minister Satyendar Jain to another judge, saying the overall circumstances could raise apprehension of a probable bias.
The probe agency had moved the petition seeking to transfer the case from the court of Special Judge Geetanjali Goel to any other competent judge stating that “there is a grave likelihood and a reason to believe that the issues (in the case) have been premeditated.”
Allowing the agency’s application, Principal District and Sessions Judge Vinay Kumar Gupta said: “In my considered opinion, the judge is a very upright officer. However, all the circumstances taken together are sufficient to raise a reasonable apprehension in the mind of the petitioner as a common man, not of any actual bias, but a probable bias.”
Accordingly, the application is allowed and the case is withdrawn from the court of Special Judge Geetanjali Goel and transferred to the court of Special Judge Vikas Dhull, the Sessions judge added.
The Sessions court said the judicial process demands that a judge moves within the framework of relevant legal rules and the question is not whether the judge is actually biased, but whether the circumstances are such to create a reasonable apprehension in the mind of others that there is a likelihood of bias affecting the decision.
“It is not necessary that the apprehension should arise from a single circumstance as it may be the cumulative effect of various circumstances-past and present,” it said.
Further, the Sessions court said that the agency’s plea had to be tested from the point of view of public justice and not on the ground of hypersensitivity or relative convenience of a party.
The agency, in its application, also said that while there was no complaint against the judge, it was ” a case of probable bias in favour of the respondent (Satyendar Jain) and as such there was “reasonable apprehension” in its mind that ” it might not get an independent and impartial hearing in the matter.”
The ED had arrested Jain and two others in the money laundering case based on a Central Bureau of Investigation (CBI) FIR lodged against the AAP leader in 2017 under the Prevention of Corruption Act.
Jain is accused of having laundered money through four companies linked to him.
Meanwhile, noting that the present order was challenged in the Delhi High Court, Special Judge Vikas Dhull posted Jain’s bail plea for hearing on September 27 at 2.30 pm. (PTI)