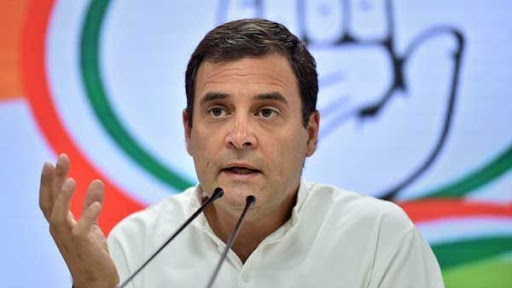 NEW DELHI: Congress leader Rahul Gandhi on Tuesday again targeted the BJP Government over handling of the economy, saying its “mismanagement” will destroy millions of families but asserted this will no longer be “accepted silently”.

Gandhi has been accusing the BJP Government of “economic mismanagement” and targeting it for its policies.

“India’s economic mismanagement is a tragedy that is going to destroy millions of families. It will no longer be accepted silently,” he said on Twitter, using the hashtag “BJPsDistractAndRule”.

He tagged a report with his tweet that claimed that India’s economic growth is likely to contract 4.5 per cent in 2020-21 due to COVID-19. (AGENCIES)