E-Paper
Home Latest News Country forever grateful to soldiers who laid down their lives in Kargil... 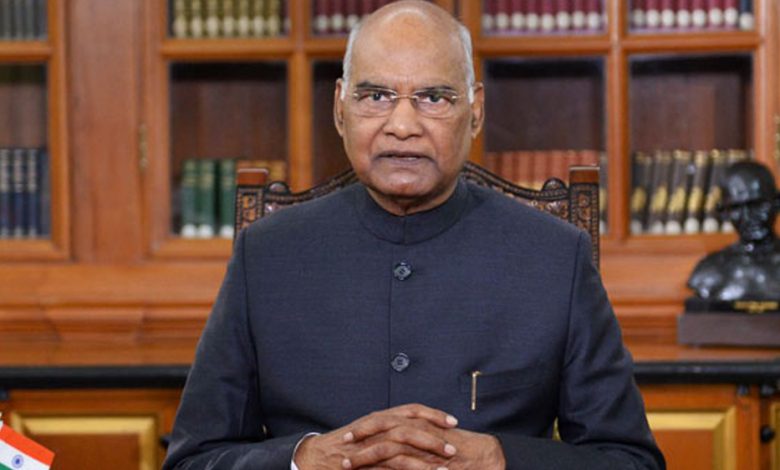 NEW DELHI : The country is forever grateful to soldiers who laid down their lives during the Kargil war to defend ‘Bharat Mata’, President Ram Nath Kovind said on Sunday.
Taking to Twitter to pay tributes to the slain soldiers on the 21st anniversary of India’s victory over Pakistan in the war, he said ‘Kargil Vijay Diwas’ is a symbol of fearless determination and exceptional valour of our armed forces.
On July 26, 1999, the Indian Army had announced the successful culmination of “Operation Vijay”, declaring victory after the nearly three-month-long battles in the icy heights of Kargil.
“Kargil Vijay Diwas is symbol of fearless determination and exceptional valour of our armed forces. I salute the soldiers who fought the enemy and laid down their life to defend Bharat Mata. The nation is forever grateful to them and their families,” said Kovind, who is also the supreme commander of the armed forces.
The country lost more than 500 soldiers in the Kargil war. (AGENCIES)