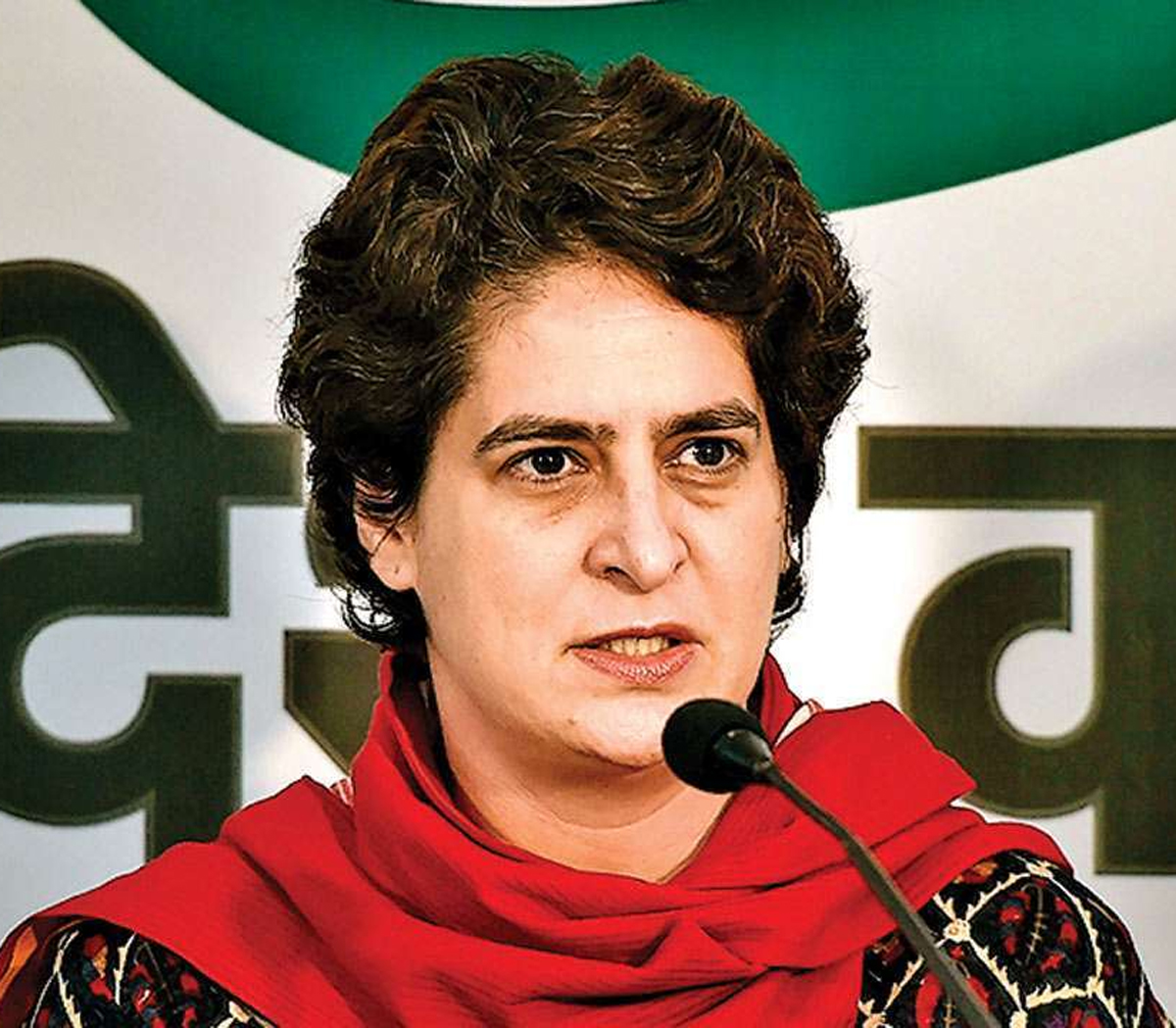 NEW DELHI, Nov 28: Congress leader Priyanka Gandhi Vadra on Sunday attacked the Yogi Adityanath dispensation over the cancellation of the Uttar Pradesh Teachers Eligibility Test following leakage of its question paper, alleging that corruption in recruitment has become the identity of the BJP government.
The UPTET examination scheduled to be held on Sunday has been cancelled following the leakage of its question paper, Additional Director General Law and Order Prashant Kumar announced shortly before the exam was to begin.
More than 19.99 lakh candidates were to appear for the Uttar Pradesh Teachers Eligibility Test (UPTET).
“Corruption in recruitment, paper leak has become the identity of the BJP government. Today the hardwork of lakhs of youths was ruined due to the paper leak of UPTET,” Priyanka Gandhi said in a tweet in Hindi.
“Every time paper is leaked, Yogi Adityanath ji’s government has saved the big fishes involved in corruption, that is why corruption is at its peak,” the Congress general secretary said. (PTI)