CHANDIGARH, Nov 28: There is a strong anti-incumbency against the ruling Congress for “reneging” on its polls promises while people do not “trust” AAP, claimed SAD chief Sukhbir Singh Badal, adding that both parties will be “wiped out” in the Punjab Assembly elections.
The 59-year-old leader also accused Chief Minister Charanjit Singh of indulging in a “drama” by trying to project himself as a “aam aadmi” (common man) and alleged that Delhi Chief Minister Arvind Kejriwal wants to become the CM of Punjab.
The Shiromani Akali Dal president said people of Punjab know that it is only his party that delivered on its promises.
He claimed that the progress of the state remained stalled in the past four-and-half-year rule of the Congress.
“There is a strong anti-incumbency against the Congress. People are fed up with this Government,” Badal told PTI referring to his visits to several Assembly constituencies.
The graph of the Congress has “drastically” gone down, claimed Badal.
“There has been no chief minister for nearly five years. The Congress just defrauded people and played with their emotions,” said Badal, adding that the ruling party “reneged” on its poll promises, including complete debt waiver for farmers. People did not think that they will be “defrauded”, said Badal as he added that former chief minister Amarinder Singh had taken a “false oath” of the “Gutka Sahib” (a religious text) before the 2017 Assembly elections and made tall promises.
Taking on the Aam Aadmi Party (AAP), Badal claimed that people of Punjab do not “trust” it and asked the party’s national convener Arvind Kejriwal to first implement in Delhi the promises he is making in Punjab.
“His only dream is that he wants to become the CM of Punjab,” said Badal, while pointing to an AAP banner, which says “ik mauka Kejriwal nu” (one chance to Kejriwal).
He alleged that Kejriwal had always “backed down” from what he had promised.
Badal asked if he had given Rs 100 to a woman in the national capital as the SAD leader was questioning his promise of Rs 1,000 per month for women of the state.
“Has he given Rs 100 to a woman in Delhi? First, he should give 300 units of free power in Delhi where he gives only 200 units,” he said.
Kejriwal had promised up to 300 units of free power in Punjab if his party came to power.
He also claimed that teachers in Delhi were working on contractual basis and asked Kejriwal to show any person who was regularised in the past 10 years.
Kejriwal on Saturday had promised temporary teachers in Mohali to regularise their jobs.
Badal said he sees the Congress as his party’s main rival in the elections but at certain seats there will be a direct contest between the SAD and Aam Aadmi Party.
Both the Congress and AAP will be “wiped out” in the elections, claimed Badal.
“People feel that the Akali Dal is the only Punjab party which always fights for Punjab and they trust us and they know whatever we commit we deliver,” said Badal.
Taking on the Punjab Congress chief, Badal said Navjot Singh Sidhu will himself “damage” the Congress as he everyday targets the Channi-led Government over issues.
Sidhu had recently threatened to go on an indefinite fast if his party’s State Government does not make public a special investigation team report on the drug menace.
He has also been questioning the State Government over the delivery of justice in the 2015 desecration incidents. (PTI) 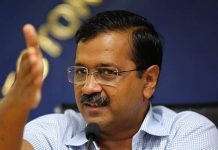 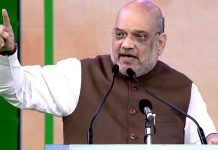 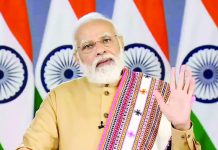