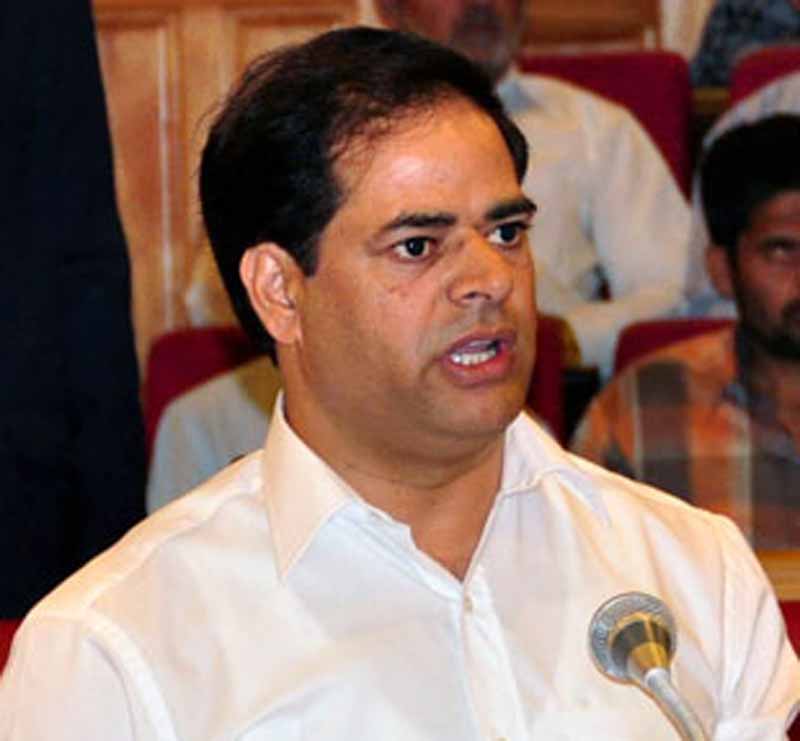 JAMMU, July 4: Coming into action, Congress is all set to replace the incumbent PCC president Ghulam Ahmad Mir in an apparent attempt to revitalize the faction ridden party in Jammu and Kashmir as speculations are agog that Assembly elections may be held soon in the Union Territory.
In this connection, sources said that high-level meetings of the party were held today at New Delhi where threadbare discussion was held on the names of probables to replace G A Mir as new PCC president.
Four names were under discussion for heading J&K unit of Congress party replacing the incumbent PCC chief while former Minister Vikar Rasool was front runner for the top post, sources told the Excelsior.
K C Venugopal, AICC General Secretary (Organization), Rajni Patil, Incharge J&K and PCC president G A Mir took part in the meetings, which were held this afternoon at 12 noon and 2.30 pm in New Delhi, sources added.
As Sonia Gandhi was not keeping well, K C Venugopal represented the AICC President in the significant meeting with agenda of replacing G A Mir, which was in tune with Udaipur declaration, according to which no PCC president should continue for more than five years, sources explained.
Pertinent to mention that G A Mir has been heading J&K unit of Congress party for the last eight years notwithstanding open revolt against him by the party leaders having allegiance to former Chief Minister Ghulam Nabi Azad.
Interestingly, Vikar Rasool is also a diehard loyalist of Ghulam Nabi Azad and he was among the signatory, who had written an open letter to the AICC president Sonia Gandhi raising banner of revolt against the incumbent PCC President.
Confirming that new PCC president was being appointed by the party in view of the reports that Assembly elections are likely to be held soon, G A Mir opined that change should have been done year before. However, at the same time, the incumbent PCC president hint that he was not in conformity with the name proposed for his replacement.
“We support whatever decision the party chief takes. We are dedicated party workers but the Union Territory unit of Congress can suffer if decision is taken in haste as happened in other States,” Mir told the Excelsior.
Another senior Congress leader of national level also confirmed that replacement of PCC president was on the card and the party high command would soon take a final call on the same.
According to the party insiders, the appointment of new PCC president is all set to be followed by constitution of various committees like Election Committee, Campaign Committee, Manifesto Committee etc.