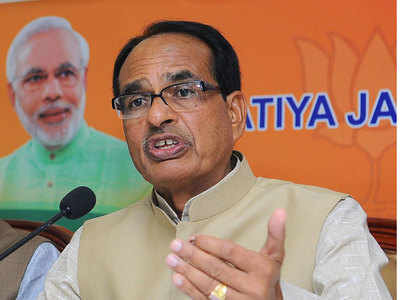 BHUBANESWAR, Aug 11:
Senior BJP leader Shivraj Singh Chauhan on Sunday said dynasty politics was rejected in the last general elections, but the Congress did not learn from it and still wants Rahul Gandhi and Sonia Gandhi to lead the party.
Chauhan said the BJP has set an example as its leaders grow in the party naturally, while the Congress is unable to move beyond a family.
“I thought the Congress would learn from the poll outcome, but it is still clinging on to one family. It is surprising that the CWC still wants Rahul Gandhi and Sonia Gandhi to lead the party,” the BJP vice-president told reporters here.
In a resolution, the Congress Working Committee (CWC) on Saturday appointed Sonia Gandhi the interim party chief till the AICC elects a regular president.
Chauhan, a former Madhya Pradesh Chief Minister, said political parties governed by dynasty, family and caste politics were defeated everywhere including Uttar Pradesh and Bihar in the general elections.
People have also rejected the politics of appeasement in West Bengal and supported the BJP’s agenda of nationalism and development, he said.
It seems the Congress is facing a scarcity of leaders with quality, strength and talent, Chauhan said adding that none can save the party if it fails to choose a leader through a democratic process.
Terming Rahul Gandhi as “ranchod” (one who runs away from battlefield), the BJP leader said he acted like an escapist after the Congress’ debacle in the Lok Sabha elections, leaving the party in utter despair.
Gandhi had quit as Congress president on May 25 after the Lok Sabha polls debacle.
The BJP leader alleged that no one in the Congress remembers former Prime Minister P V Narasimha Rao as he did not belong to the Gandhi family.
He also claimed that though Manmohan Singh was made the prime minister, the “mother-son duo” of Sonia and Rahul Gandhi controlled everything.
Accusing the Congress of being responsible for many problems in the country, Chauhan said Jawaharlal Nehru had committed a “sin” by introducing the Article 370 which accorded special status to Jammu and Kashmir.
“Now the historic blunder committed by Nehru has been corrected by Prime Minister Narendra Modi with the revocation of the Article 370,” he said.
He said the Modi government also enacted a law to put an end to the practice of triple talaq, which many Islamic countries had done away with long ago but the Congress did not do anything to stop this when it was in power. (PTI)