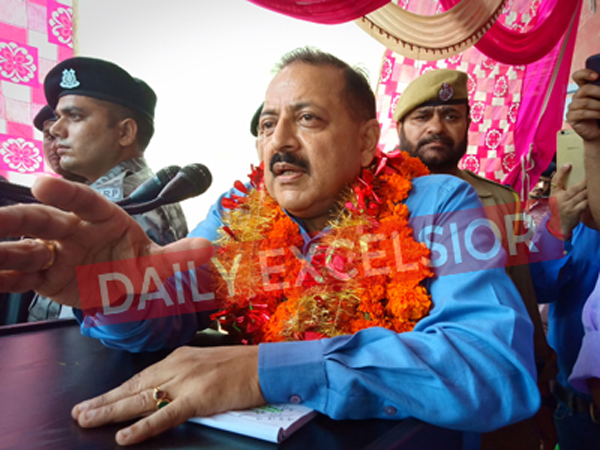 Avtar Bhat
KATHUA, Aug 4: Turning tough on opposition parties, Union Minister of State in PMO with independent charge of North Eastern States, Dr Jitendra Singh today said that  Congress and National Conference (NC) support Rohingyas and Bangladeshis but oppose West Pakistan refugees.
Talking to reporters on the sidelines of a party function at Hatli 25 kms from here, the Union Minister took the two parties to task for their double standards and said as Congress has failed to get the vote of 130 crore people of this country it is eying on foreigners and party deliberately settled the Rohingyas and Bangladeshis in the country.
Strongly advocating for deportation of Rohingyas and Bangladeshi settlers in India, Dr Jitendra Singh said “there are certain issues which we have to discuss above political party affiliations  and draw bottom lines for national integrity and security”.