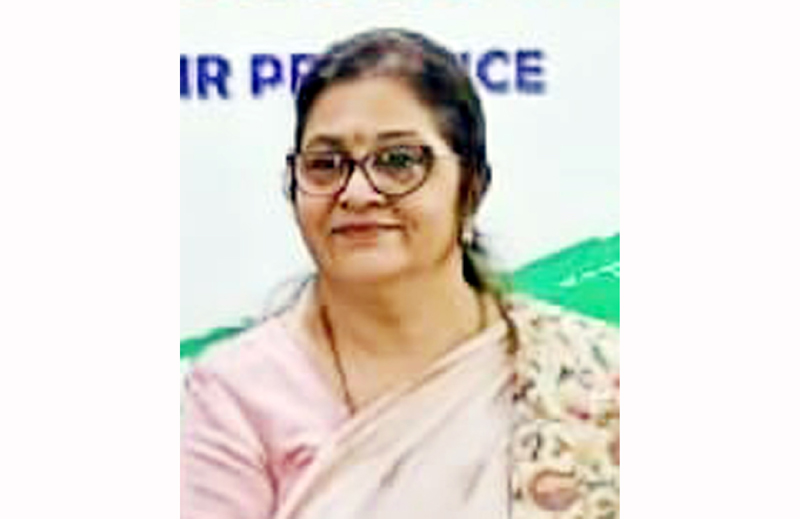 SRINAGAR, Sept 20: All India Congress Committee In-charge for Jammu and Kashmir and a Member of Parliament, Rajni Patil today said that Ghulam Nabi Azad deserted the party which made him what he is today.

Click here to watch video
While talking to media persons here at the JKPCC headquarters, Patil said that Azad’s exit has not damaged the Congress party. “He is what the Congress party made him and that has not damaged the Congress in any way,” she said.
Going down to history, she said that for the first time when Azad contested the elections, he lost and was then later sent as Chief Minister. “Then he won in the by-elections; it has been the Congress which held his hand and put him forward everywhere; Congress made him,” she said.
Patil said that the days to come will prove how “taller” Azad is as a leader. “The coming days will determine how taller the leader he is and if he is being supported in any way by the BJP, then God knows what will happen,” she said.
She said that the Congress party gave recognition to Azad and honoured him with the highest positions “but he left at payback time; Congress party was always held in high esteem by the Congress party while he was also given important posts.”
While reacting to the ‘claims’ of development being made by the administration in J&K, Patil said that the same was nothing but a mere ‘deception’ and that the situation had not changed.
“It is being stated that everything is going well but it is just a deception. Have the innocent killings stopped; where are the jobs and where is the Statehood; what is ironic is that a private person opened a cinema hall, and the LG goes to inaugurate that and takes credit for the same,” she said.
On the occasion, JKPCC passed a resolution urging Rahul to lead the party. “A resolution was passed under which the elected representatives have given the powers to nominate All India President, and AICC members and State members to Sonia Gandhi,” Patil said.
The gathering was also attended by PRO Ranjeet Ranjan, MP who also addressed newly elected PCC Members of Kashmir. JKPCC president Vikar Rasool lambasted Ghulam Nabi Azad for not criticizing the people who, he said, destroyed J&K.
“So much the party gave him but he continues to criticize Rahul Ji, as well as Sonia Ji, but he did not criticize the PM Modi whose Government destroyed J&K. Go and check his speeches, he has not said anything against the BJP which is responsible for the abrogation of 370 and turning J&K into a UT,” he said.
He said that people are facing issues due to the BJP, but Azad didn’t even criticize the BJP. “But in turn, he has been seen criticizing the leader who gave him everything,” Vikar said.