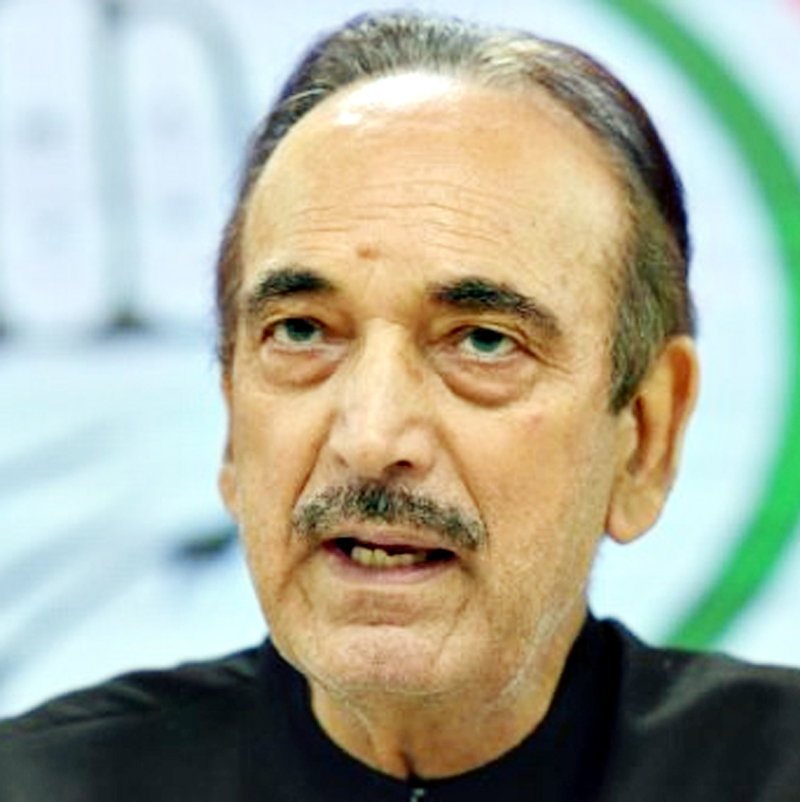 Gopal Sharma
JAMMU, Nov 22: Giving clean chit to the ‘Gandhis’ for the recent Bihar poll debacle, former Union Minister and All India Congress Committee (AICC) leader, Ghulam Nabi Azad today said that elections are not won by ‘5-star culture’.
Talking to the media-persons at the Union capital today, Azad after breaking his long silence said, “We all are worried about losses, especially about Bihar and by-poll results. I don’t blame the leadership for the loss. Our people have lost the connection on the ground. One should be in love with their party,” he said.
“Polls aren’t won by 5-star culture. Problem with the leaders today is, if they get a party ticket, they first book a 5-star hotel. They won’t go, if there is a rough road. Till the time, 5-star culture is given up, one can’t win elections,” Azad asserted.
“Our party’s structure has collapsed. We need to rebuild our structure and then if any leader is elected in that structure, it will work. But saying that just by changing the leader, we’ll win Bihar, UP, MP etc. is wrong. That will happen once we change the system,” Azad cautioned.
“Be it our party or any other, culture of sycophancy has become the main reason for the party’s death as well as the downfall of leaders. We should stay away from this culture at all levels. Politics is a penance. Shame on those who join politics for enjoyment and money,” Azad asserted.
“The office bearers should understand their responsibility. Till the time, office bearers are appointed, they won’t go. But if, all office bearers are elected, then they will understand their responsibility. Right now, anyone gets any post in the party,” Azad quipped.
“Congress is on its lowest in the last 72 years. Congress does not have even the post of Leader of Opposition in Lok Sabha during last two terms. But Congress won 9 seats in Ladakh Hill Council elections even as we were not expecting such a positive result,” he remarked.
“Till the time, we change our way of functioning at every level, things won’t change. Leadership needs to give a programme to party workers and hold elections for the posts including PCC, DCC and at BCC level. One should be so much indispensable that leadership asks for you in your absence,” top AICC leader suggested.
In response to a question, Azad said, “I’m giving a clean chit to ‘Gandhis’ (Sonia-Rahul- Priyanka) due to COVID-19 pandemic, as they can’t do much right now. There is no change in our demands. They have agreed to most of our demands. Our leadership should hold elections, if they want to become a national alternative and revive party,” Azad asserted.
Responding to yet another question, Azad quipped, ” There is no rebellion in Congres party. Rebellion means replacing someone. There is no other candidate for the post of party president. This is not a rebellion. This is for reforms. There is urgent need to go for introspection. And this is what P Chidambram and Kapil Sibal were talking about,” Azad maintained.
“It is the duty of the Wazir (Minister) to aware his Badshah (King) before going for any battle about the pros and cons and weak and strong points of the rival king or his army. And if he doesn’t do it or indulges in the false praise, it is suicidal for the king and his kingdom. But the sycophants around the king will certainly bring ruin to the king and his kingdom,” cautioned Azad.