JAMMU, May 22: Despite the advisory from the Ministry of Labour and Employment against the termination of employees during COVID-19 lockdown, the Department of Information and Public Relations (DIPR) J&K has terminated the services of over 40 contractual employees working in the department since 2015 leaving them high and dry in the middle of a crisis.
The Government decision has come as a rude shock to these employees and generated a lot of resentment among the employees’ bodies who have openly showed their ire against the decision and demanded its immediate revocation.
In its May 5 order, DIPR disengaged as many as 45 stringers, from Kashmir and Jammu regions who worked as reporters, camerapersons and translators in the Government department for the last five years.
The disengagement of the employees comes at a time when people in the region are reeling under the worldwide Corona Virus pandemic which has resulted in a severe lockdown and forced an unprecedented global crisis. Job cuts during crisis such as these are expected in various public and private sectors, but DIPR employees said that their termination has come as a “shocker” from unexpected quarters.
“We were always told from top to bottom, the Government understands how brilliantly this professional group of DIPR is working. This comes as a surprise after you give your prime years of career to a department which is seen as the face of the Government,” one of the disengaged stringers said.
Pertinently, the Ministry of Labour and Employment in a March 20 communication had advised all State and UT administrations not to terminate employees in the face of a “catastrophic situation due to outbreak of Covid-19.”
“In the backdrop of such a challenging situation, all the employers of Public/Private Establishments may be advised to extend their coordination by not terminating their employees, particularly casual or contractual workers from job or reduce their wages,” the employment ministry said.
The disengaged stringers termed it a “harsh decision” bereft of a careful thought. Meanwhile some trade Union leaders have expressed their strong resentment against the decision saying that the step in against the interests of the youth and will further add to the unemployment in the UT. Mir Ghulam Rasool Batwanti a veteran Trade Unionist while criticising the decision said that these youth have turned over aged and they gave their prime period of youth in serving the department and by terminating them the Government has spoiled their career. Mir in an appeal to Lt Governor, G C Murmu urged him to rethink over the decision.
Mohammed Maqbool Ganai another TU leader has also appealed the Government to reconsider the decision as it will spoil the future of these hapless people. 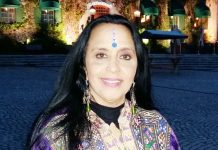 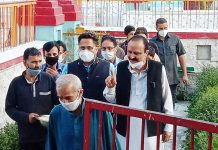