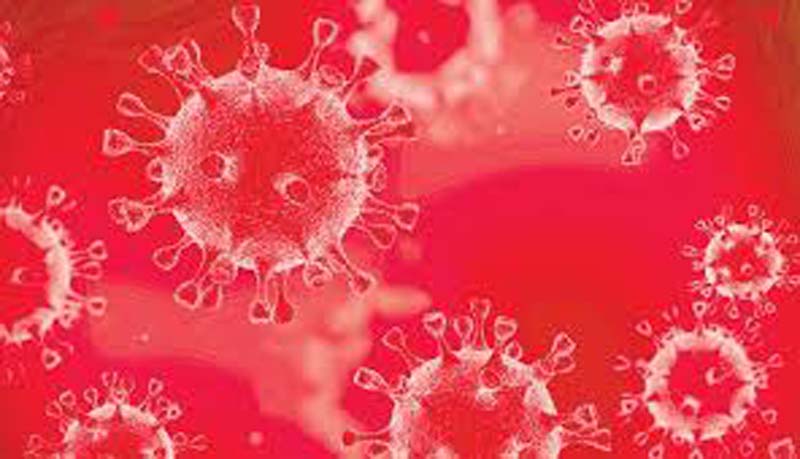 NEW DELHI, May 22: The nationwide tally of confirmed COVID-19 cases rose by a single-day record of over 6,000 today to cross 1.22 lakh, even as the Government asserted the count could have been as high as 30 lakh but for the “rich dividends” of the nationwide lockdown.
Globally, nearly 52 lakh people have tested positive for the deadly virus ever since its emergence in China last December, while 3.3 lakh have lost their lives.
Reeling off various studies, Government officials also said up to 2.1 lakh more people could have died in India if the lockdown had not been implemented as “a timely, graded, proactive and preemptive public health measure” to fight the COVID-19 pandemic.
In its morning 8 am update, the Union Health Ministry put the number of confirmed COVID-19 cases at 1,18,447 across India with an increase of 6,088 in 24 hours since Thursday 8 am, while the death toll rose by 148 to 3,583. It also showed 48,534 recoveries so far.
However, a PTI tally of figures announced by different states and Union Territories, as of 9.20 PM, put the nationwide tally much higher at 1,22,656, the death toll at 3,634 and recoveries at more than 51,000.
India has been under a lockdown since March 25, but several restrictions have been eased in the ongoing fourth phase, which began on May 18 and is scheduled to end on May 31, to help revive economic activities.
At the briefing, Pravin Srivastava, Secretary, Ministry of Statistics and Programme Implementation gave model-based estimates on COVID-19 cases and deaths which have been prevented due to the lockdown.
Citing a model by the Boston Consulting Group, he said the lockdown saved between 1.2-2.1 lakh lives, while the number of COVID-19 cases averted is between 36-70 lakh.
Srivastava further said the Public Health Foundation of India’s model showed that nearly 78,000 lives have been saved due to the lockdown. He also cited another model by two independent economists suggesting that 23 lakh COVID-19 cases and 68,000 deaths have been averted due to the lockdown.
“We are fully confident that the lockdown, with full public cooperation, has reaped rich dividends,” Srivastava said.
Addressing the press briefing, Health Ministry Joint Secretary Lav Agarwal said 48,534 COVID-19 patients, which is about 41 per cent of the total cases, have recovered so far, while 3,234 have recovered in the last 24 hours.
He also said that the COVID-19 mortality rate has dropped from 3.13 per cent on May 19 to 3.02 per cent as focus was on containment measures and clinical management of cases.
An ICMR official said 27,55,714 tests for COVID-19 have been conducted till 1 pm Friday with 1,03,829 tests done in one day. Over 1 lakh tests for COVID-19 have been done each day for the last four days, the official said.
Paul said the number of COVID-19 cases would have risen exponentially had the lockdown not been implemented. He also said the outbreak in India has remained confined to limited areas with 80 per cent of active cases in just five states.
Besides, around 80 pc of COVID-19 deaths have been in Maharashtra, Gujarat, Madhya Pradesh, West Bengal and Delhi, Paul said.
Maharashtra, the worst-hit State, reported 2,940 new cases — the highest single-day spike — to take its tally to 44,852. Its death toll also rose to 1,517 with 63 more fatalities. This was the sixth consecutive day when the state has reported more than 2,000 new Coronavirus cases.
Delhi also recorded the highest single-day spike of 660 cases, taking its tally to 12,319, while its death toll has now risen to 208.
Gujarat reported 363 new cases, taking its tally to 13,273, while the death of 29 patients pushed the death toll in the state to 802. Twin brother and sister, born six days ago in Gujarat’s Mehsana district, tested positive too, becoming the state’s youngest patients for the viral infection.
However, a 95-year-old woman, who had earlier tested COVID-19 positive in Indore, recovered from the infection, a fortnight after her 70-year-old son had died due to suspected coronavirus infection.
Tamil Nadu, another badly hit state, reported nearly 800 new cases and its tally of confirmed cases rose to 14,753 and the death toll reached 98.
New cases were detected across various other states and UT as well, including in Rajasthan, Madhya Pradesh, Assam, Kerala and Andhra Pradesh.
An official of the National Disaster Response Force (NDRF) has also been found positive for the novel coronavirus, making it the first case in the federal contingency force. Officials said the Sub-Inspector rank official was on leave and had gone to a doctor for some other treatment after which his COVID-19 test was done.
A large number of new cases are being reported among people who have returned from other states in special trains for migrants and among those having come back to India in special flights being operated to bring back stranded Indians and expatriates from abroad.
Officials said Tamil Nadu Government is not in favour of restarting domestic air services connecting cities in the state till this month-end and might take up the matter with the Centre.
Some States have also said that domestic flyers must undergo strict home quarantine as per the lockdown guidelines after they reach their destinations.
A study by a team of researchers, in the meantime, said India may witness COVID-19 cases peaking between June 21-28 with maximum daily positive cases to be around 7,000-7,500 in this period.
“A clear downward trend in the confirmed cases is likely to be observed each day from the second week of July,” Nandadulal Bairagi, a senior professor of Jadavpur University who was involved in the project told PTI. (PTI)