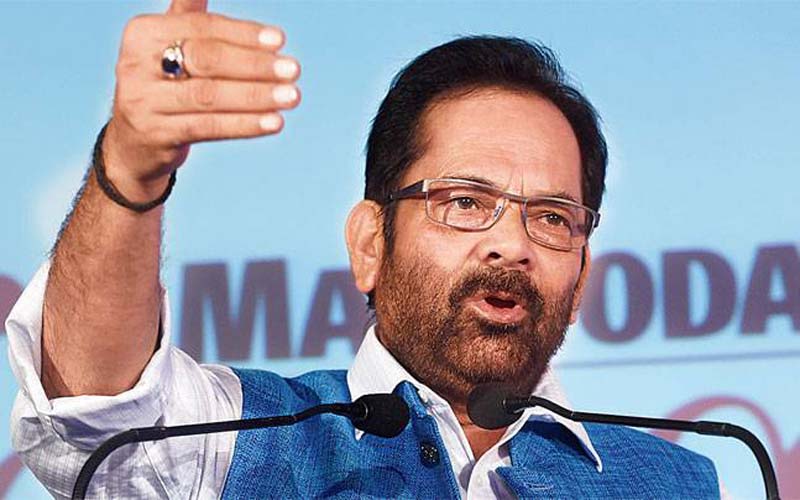 NEW DELHI, July 4: The number of complaints received by the National Commission of Minorities have reduced from 2,439 in 2011-2012 to 1,871 in 2018-2019, Minority Affairs Minister Mukhtar Abbas Naqvi said Thursday.
Replying to a question in Lok Sabha, Naqvi said that ‘Public Order’ and ‘Police’ are state subjects as per the provisions of the Constitution.
The responsibility of maintaining law and order, registration and prosecution of crimes against all citizens, including minorities, rests with the respective state governments and appropriate action as per law is taken, he said.
He also said the data regarding attacks against individual communities is not centrally maintained.
“In order to assist the state governments/Union Territory administrations to maintain communal harmony, the Central government shares intelligence, sends alert messages, advisories etc. from time to time.
“The Central Government has issued guidelines to deal with situations arising out of communal violence. The guidelines are reiterated while sending advisories by the government with the objective of sensitization of States/UTs and enhancing their preparedness from time to time,” he said.
“The number of complaints/incidents have reduced from 2,439 in 2011-12 to 1,871 in 2018-19 as per National Commission for Minorities (NCM) statistics,” he said.
Naqvi said while in 2011-2012, NCM had received 2,439 complaints, in 2012-2013, the number stood at 2,127. The next year the numbers stood at 2,637.
In 2014-2015, the number of complaints were 1,995, while the next year it was 1,974. In 2016-2017 it was 1,647.
The number of complains reduced significantly in 2017-2018 to 1,497, but increased marginally in 2018-2019 to 1,871. (PTI)