Thank heavens, after having failed to meet many a timeline for completion, the idea conceived about 15 years back as one of the top requirements for promoting tourism in Sudh Mahadev- Mantalai – Sanasar- Bhaderwah circuit, much hyped ropeway has now been fully commissioned at Patnitop. Needless to mention, this ropeway having a length of 2.8 kilometres has the distinction of being India’s highest and longest European standards certified ropeway comprising 18 cable cars. Eight people at a time can be accommodated in each of these cable cars or nearly 124 passengers at a time. Continuously, it has been stressed upon that this ropeway because of its peculiarity, had to be doubly ensured of safety norms and on that count , it is reported to have complied with all the European level standards of safety and security of the ropeway’s longest span of 849 metres between 8 towers , the credit of which definitely largely goes to the professional acumen of Empyrean Skyview Projects Limited which handled this prestigious project.
The ropeway having its own importance being the first of its kind, loaded with additional facilities like Zipline , Tubing Sledge and ‘Magic’ carpet , is all set to motivate and increase tourist flow in the most attractive belt in Jammu division. This is going to remain confined not to one season of the year but around the whole year. Since the enviable project , now complete in all respects, has the capacity of accommodating 124 passengers, even assuming the tariffs are subsidised, it opens opportunities of making it commercial and since the tourist season is at its peak , the project can earn substantial revenues from right now if the decision to that effect is taken at the earliest. Not that the Ropeway is complete makes it complete in all spheres unless ancillary facilities are provided by the state government which form its part and most importantly , road connectivity, etc is provided .
This project has the distinction of having its entire infrastructure imported from France which include towers, ropes and cabins through the support of the company’s technology partner POMA . POMA is known to be the world’s leading brand in ropeway transportation .The ropeway has opened new vistas in innovative and non traditional ways to attract tourism in Jammu division especially things otherwise expected to succumb to financial constraints can become a reality under the PPP model . Easy accessibility to the ropeway by the visiting tourists is the hallmark of the project , the credit of which undoubtedly largely goes to the personnel of the executing agency M/s Empyrean Skyview Projects Limited by successfully constructing terminals at Sanget and at Patnitop being the lower and the upper ones respectively.
Tourism, worldwide is recognised as the most profitable industry requiring at initial stages some investments which, of course, starts paying rich dividends soon and only maintenance part makes it slightly to expend only a fraction from out of the huge revenues earned and other avenues of commerce and employment which it brings along, makes it all the more lucrative. Since the ropeway at Patnitop caters to adventure tourism, it has reportedly met the European safety standards which was going to make an increasing impact on the tourist turnout. More of innovative and tourism friendly and attractive projects needed to be built depending upon the location and the topography of the destination places and the results would be quite encouraging.
Agreed, this project initially faced an indifferent attitude from the successive State Governments and no signs of eagerness or the expected enthusiasm was exhibited towards giving it a practical shape which resulted in its fate hanging in suspense for quite some time and hence its delayed completion, has now gone in oblivion looking to the project becoming a reality to be put to use. However , the State Government must now positively respond , without any further delay, to making the project completely useful and utility oriented by providing basic facilities to the visiting tourists at the base points which among others include providing better roads , drinking water, snacks – tea points and other utility facilities. Anyway, all is well that ends well, since the major challenging part is over and complete, steps should now be taken to make to make the ropeway run on commercial lines. 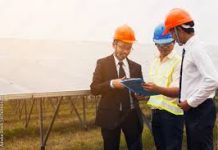 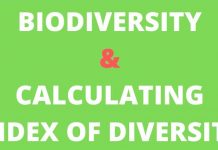