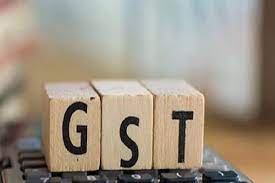 NEW DELHI, Sept 18: Businesses that default on filing summary return and paying monthly GST will not be able to file GSTR-1 sales return of the succeeding month from January 1 next year.
The GST Council in its Lucknow meeting on September 17 has decided to take a host of measures to streamline compliance, including mandatory Aadhaar authentication for businesses to file refund claims.
These moves would help prevent revenue leakage due to evasion of Goods and Services Tax (GST), which was launched on July 1, 2017.
The Council decided to amend Rule 59(6) of the Central GST Rules with effect from January 1, 2022, to provide that a registered person shall not be allowed to furnish Form GSTR-1, if he has not furnished the return in Form GSTR-3B for the preceding month.
Currently, the law restricts filing of return for outward supplies or GSTR-1 in case a business fails to file GSTR-3B of preceding two months.
While businesses file GSTR-1 of a particular month by the 11th day of the subsequent month, GSTR-3B, through which businesses pay taxes, is filed in a staggered manner between 20th-24th day of the succeeding month.
The Council has also made Aadhaar authentication of GST registration mandatory for being eligible for filing refund claim and application for revocation of cancellation of registration.
The Central Board of Indirect Taxes and Customs (CBIC) had notified Aadhaar authentication for GST registration with effect from August 21, 2020.
The notification also provided that in case businesses do not provide Aadhaar number, then GST registration would be granted only after physical verification of the place of business.
The Council has now decided businesses will now have to link their GST registration with biometric Aadhaar for claiming tax refunds as also applying for revocation of cancellation of registration.
The Council, comprising central and state finance ministers, in its 45th meeting also decided that GST refunds will be disbursed in the bank account, which is linked with same PAN on which registration has been obtained under GST. (PTI) 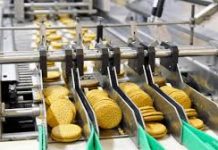