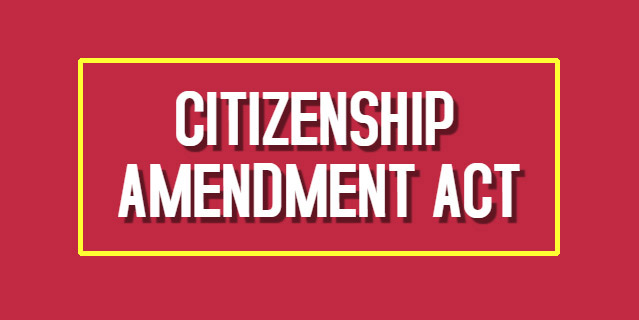 NEW DELHI, Aug 4: The Centre said on Wednesday that Indian citizenship to the eligible beneficiaries under the Citizenship Amendment Act (CAA) will be given only after rules under the legislation are notified.
Union Minister of State for Home Nityanand Rai also said there is no proposal under consideration of the Government for any further amendment of the Citizenship Act.
“Eligible persons covered by the Citizenship Amendment Act may submit applications for grant of citizenship after appropriate rules are notified by the Central Government,” he said in a written reply to a query in Rajya Sabha.
He was asked whether the Government has received new applications for citizenship after the CAA 2019 was enacted.
The CAA was notified on December 12, 2019 and came into force with effect from January 10, 2020, the minister said.
“The Committees on Subordinate Legislation, Lok Sabha and Rajya Sabha have been requested to grant further extension of time up to January 9, 2022 to frame the rules under the Citizenship (Amendment) Act, 2019,” Rai said.
The objective of the CAA is to grant Indian citizenship to persecuted minorities like Hindus, Sikhs, Jains, Buddhists, Parsis and Christians from Pakistan, Bangladesh and Afghanistan.
The Government got an extension for the fifth time for framing these rules.
According to the Manual on Parliamentary Work, the rules for any legislation should be framed within six months of presidential assent or an extension of the time must be sought. (PTI)