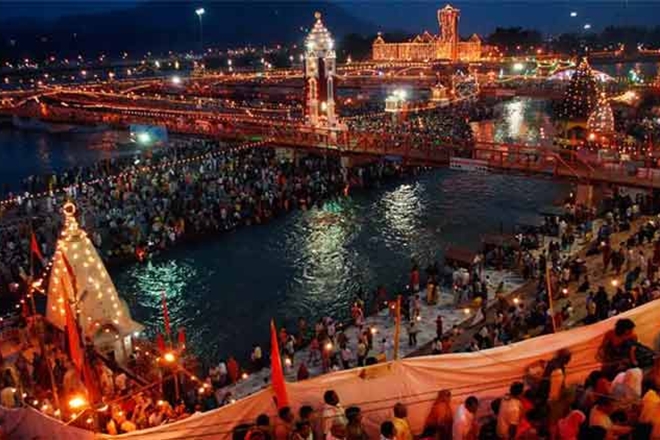 NEW DELHI, Sept 23: The CISF, which boasts of a premier and unique security consultancy wing, will undertake a comprehensive protection and anti-fire cover audit for the next year’s Kumbh Mela to be held in Uttar Pradesh’s Allahabad, officials said Sunday.
They said a special team of experts from the central paramilitary force will soon conduct a reconnaissance and survey of the mela area at the banks of confluence of Ganga, Yamuna and mystical Saraswati rivers.
They will subsequently present a report to the Uttar Pradesh Police and administration which will be the overall in-charge of security arrangements for the event.
The Central Industrial Security Force has one-of-its kind security consultancy unit in its establishment that advises organisations and large undertakings to professionally prepare against potential security, fire and disaster threats.
As the Kumbh, the official said, is going to be a huge congregation of crores of people and devotees, it was felt essential to take the service of a professional organisation to make the mela area safe and secure for the visitors.
They said the team will suggest the kumbh authorities as to how to deploy smart gadgets and security manpower to keep the activity area of the mela and its vicinity safe round-the-clock.
It will also tell UP authorities as to where to install CCTV cameras, where to deploy security staff, how to have access control and where to install emergency response gadgets.
The mela will begin in Allahabad on January 15 next year and will be a 49-day affair.
The main area of Kumbh Mela would be doubled from earlier 5,000 acres to 10,000 acres this time and 15 crore people are expected to attend it, Uttar Pradesh Chief Minister Yogi Adityanath had said sometime back.
He had said it will be a historic event this time.
The CISF security consultancy wing was raised in 1999 and till now it has provided its expert advise to over 180 organisations or institutions, including IITs, IIMs, RBI and the National Police Academy in Hyderabad among others.
A similar audit by the consultancy wing of the CISF, a central force tasked to guard 60 civil airports in the country apart from securing vital aerospace and nuclear installations, will be conducted at the Uttar Pradesh Vidhan Bhawan and secretariat and the chief minister’s residence in state capital Lucknow. (PTI)