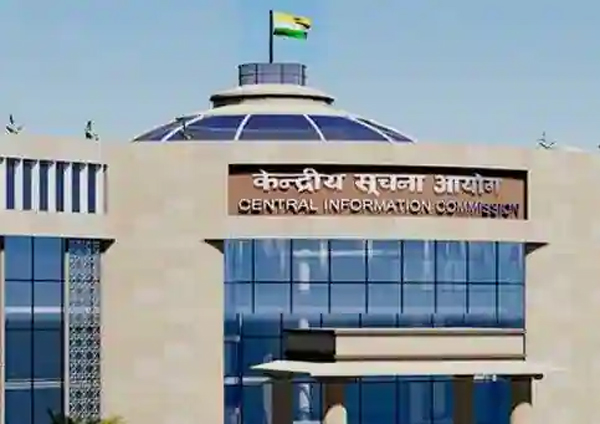 JAMMU, Dec 4: Conveying displeasure over poor implementation of Right to Information Act, the Central Information Commission (CIC) has sought explanation from a Block Development Officer (BDO) and Public Information Officer (PIO) of J&K Industries Limited. Moreover, the transparency watchdog has issued warning to Assistant Commissioner Revenue and a Tehsildar besides issuing show-cause notice to an Executive Engineer.
As per the orders of the Central Information Commission, the copies of which are available with EXCELSIOR, an application under RTI Act was filed on December 31, 2020 before Block Development Officer Thannamandi seeking details of expenditure made under 13th and 14th Finance Commission in around 10 Panchayats.
As there was no response to the application from the PIO, the applicant filed First Appeal on February 5, 2021 and the First Appellate Authority directed the BDO to provide information within 30 days to the appellant. However, there was no compliance of the directive of First Appellate Authority and this compelled the information seeker to knock the doors of the Central Information Commission.
Chief Information Commi-ssioner Y K Sinha, in a detailed order, has mentioned: “Perusal of records of the case and averments of the parties reveal that information as defined under Section 2(f) of the RTI Act has not been furnished to the appellant, defying the FAA’s order and in violation of the provisions of the RTI Act”.
“In fact the BDO was not able to provide any cogent explanation for not furnishing the information to the appellant even till date. The Commission takes adverse note as neither reasonable explanation has been submitted nor information provided so far by the PIO/BDO, Thannamandi”, the Chief Com-missioner said.
Accordingly, the Comm-ission has issued show-cause notice to Mohit Sharma, BDO Thannamandi seeking his explanation as to why penalty should not be imposed upon him for willful default and causing deliberate obstruction in the dissemination of information thereby violating provisions of the RTI Act, 2005.
“The BDO Thannamandi is also directed to ensure compliance of the FAA’s order and complete information as sought by the appellant and as permissible under the RTI Act, 2005 is supplied to him within three weeks of receipt of this order and compliance thereof should be positively reported before the Commission by 20.12.2022”, read the order.
The Commission has also sought explanation from Public Information Officer in J&K Industries Ltd (JKI) for his failure to submit reply to the information seeker despite lapse of considerable period of time.
Though the information sought by the applicant relates to a third party and is exempted from disclosure under the RTI Act yet the PIO didn’t send any reply, which in turn violates the provisions of the Act.
Taking an adverse note of the lapse on the part of the respondent, the Commission has directed Mohd Afzal Magray, PIO, J&K Industries Ltd to submit a suitable explanation justifying the complete denial of a response to the appellant’s queries and why no penal action should be initiated for violation of the provisions of the Act.
“The explanation must reach the Commission by 15.12.2022, failing which appropriate action shall be initiated suo motu in terms of law”, read the order.
The Commission, while deciding a Second Appeal, had on October 21, 2022 directed Zaheer Ahmad Kaifi, Assistant Commissioner of Revenue, Poonch to explain why maximum penalty should not be imposed on him for violation of the provisions of the RTI Act by causing deliberate obstruction in the dissemination of information to the appellant and vitiating the proceedings by his absence for the hearing and for not submitting any records.
In reply, Assistant Commissioner of Revenue, Poonch vide letter dated 25.11.2022 has stated that he was on field duty in connection with Back to Village 4th Phase Programme therefore he could not attend the hearing. He further submitted that information sought by the appellant contains personal details as such disclosure is exempted under Section 8 (1)(j) of the RTI Act 2005.
The Chief Information Commissioner, while accepting the submissions of the officer, condoned the violation of RTI Act. However, the officer has been warned that such lapses in future will attract necessary penal action as per the RTI Act, 2005.
As per another case before the Commission, there was contradiction in the stance of the two PIOs— Tehsildar Ramgarh and Tehsildar Samba about furnishing of information under RTI Act and this led to non-furnishing of the information by the respondent.
“The Tehsildar Ramgarh is directed to obtain necessary information from Ram Pal, Tehsildar Samba from records available with him and furnish the requisite information to the appellant as permissible under RTI Act”, the Commission said, adding “a copy of this order be also sent to Rakesh Dubey, Additional Deputy Commissioner to ensure compliance of the directions”.
The Commission has directed Farooque Hussain, Tehsildar Ramgarh to submit a compliance report by 30.12.2022 failing which appropriate action will have to be initiated as per law. He has also been asked to remain careful in future.
Meanwhile, the Commission has issued show cause notice to Executive Engineer PHE Division Kathua Vikram Dogra for explaining as to why penal action should not be initiated against him for not complying with the provisions of the RTI Act, 2005.
In all these orders, the Chief Information Commissioner has conveyed displeasure over poor implementation of transparency law and hoped that Government officers would ensure that information under the RTI Act is provided to each and every applicant within the stipulated time-frame as the same would go a long way in reducing the burden on First Appellate Authorities and Commission.