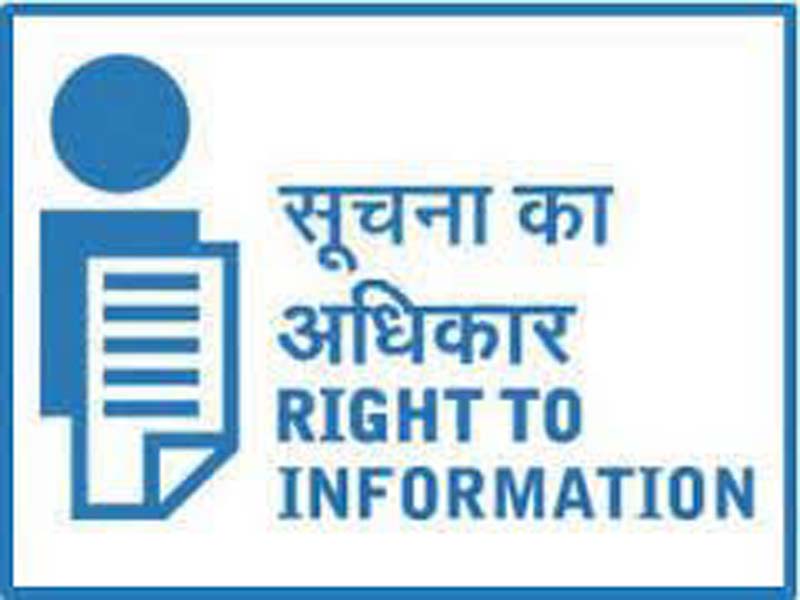 JMC officials found passing bucks on each other

JAMMU, July 5: Taking serious note of their failure to adhere to the timelines stipulated under the Right to Information Act, 2005 for furnishing information to the applicant, the Central Information Commission (CIC) has sought explanation from an Assistant Regional Transport Officer (ARTO) and a Tehsildar before initiating action as per the law.
Moreover, the officials of the Jammu Municipal Corporation (JMC) have been found passing bucks on each other instead of working in a coordinated manner in order to provide timely information to the applicant.
As per the case before the Central Information Commission, the applicant had filed an RTI application on January 1, 2020 before the Public Information Officer (PIO-cum- Assistant Regional Transport Officer) in the office of Regional Transport Office Jammu seeking information on 13 points mostly pertaining to the tenure of the employees working in the office and implementation of Transfer Policy.
As neither PIO furnished the information nor the First Appeal yielded the desirable results, the applicant knocked the doors of the Central Information Commission by filing Second Appeal.
During the course of hearing, Assistant Regional Transport Officer Jammu submitted written statement on June 24, 2021 stating that information sought by the appellant was furnished vide letter dated March 6, 2020. However, the appellant pointed out that though respondent claims that reply dated March 6, 2020 was sent to him, the postal receipt itself proves that the reply was sent only on March 20, 2020, which is only after filing of Second Appeal.
On the basis of available records, Chief Information Commissioner Y K Sinha observed, “respondent has furnished the information but beyond the stipulated time period as mandated under the RTI Act, 2005”, adding “the ARTO Mohammed Saleem present for hearing is unable to give plausible explanation for the delay in furnishing the information”.
Accordingly, the Chief Information Commissioner has directed the ARTO to submit an appropriate explanation for the delay caused in furnishing the reply thereby exceeding the timeline laid down under the RTI Act, 2005. “The explanation must reach the Commission by August 15, 2021 failing which appropriate action will be initiated as per law and on the basis of available records”, read the order of the Commission, the copy of which is available with EXCELSIOR.
Similarly, an applicant had filed application before the PIO-cum-Tehsildar Bahu on October 19, 2019 seeking information on eight points mostly pertaining to the issuance of different certificates and implementation of Transfer Policy.
Having not received any response from the CPIO, the appellant filed First Appeal dated November 28, 2018 but the same was not adjudicated. Aggrieved over non-receipt of the information, the complainant approached the Commission with the complaint.
During the course of hearing, the Tehsilar Bahu Dr Rohit Sharma furnished a written statement dated June 25, 2021 mentioning that point wise reply was furnished to the complainant. However, he failed to give the reasons for the delay in furnishing of information.
The complainant was heard through audio conference and stated that respondent had wilfully concealed the information in an attempt to protect information about illegal and unlawful appointment of employees in the respondent’s office. However, the PIO/Tehsildar Dr Rohit Sharma didn’t respond to the repeated telephonic calls of the Commission made at the number provided by him. The other officers were also not available on their telephone numbers to attend the hearing.
Observing that respondent has furnished information only upon receipt of hearing notice from the Commission, the Chief Information Commissioner said, “the PIO has neither assigned any plausible explanation for the inordinate delay in furnishing the information, nor attended the hearing”, adding “thus, the conduct of the PIO and his absence during the hearing has not only vitiated the proceedings but also led to violation of the provisions of RTI Act”.
Accordingly, the Commission has directed the PIO/Tehsildar to submit an appropriate explanation for the failure to adhere to the timeline stipulated under the RTI Act. “The failure to furnish explanation by August 15, 2021 will compel the Commission to take appropriate action”, read the order.
Through yet another complaint before the Commission it came to the fore that officers of the Jammu Municipal Corporation instead of furnishing information to the applicant on building bye-laws violations had passed bucks on each other in blatant violation of the RTI Act.
Accordingly, the Commission has directed the Joint Commissioner (Administration) of JMC Pankaj Gupta to decide the cases on merits with a reasoned speaking order. “A compliance report in the form of First Appellate Authority’s order should reach the Commission by August 31, 2021”, the order said.