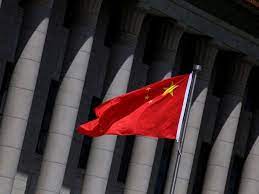 Hong Kong, May 11: After decades of lagging behind, China’s technological innovation competes on the world stage. It has helped define what Chinese nationalism looks like today.
For many educated professionals in urban China, the government’s plan to make China a world leader in scientific research and technological innovation is not mere government propaganda.
China’s political leaders and social elites have long argued that stale scientific and technological development was a key reason why the country lagged behind the West, since suffering defeat in the first Opium War in the mid-19th century.
Techno-scientific development became tethered to national security and economic growth, especially to reduce dependence on imports, pursue exports and capitalise on increasingly global value chains and shift China beyond its status as ‘the world’s factory’.
Granted, the Chinese people have been repeatedly exposed to this narrative through decades of formal education and official media, but there is more to it.
This narrative provides the language for them to think about and make sense of the economic and technological practices in their daily lives.
Nationalism is an emotional connection some citizens feel to their countries. For many educated professionals in China, their expression has taken a distinctly techno-nationalist sentiment.
From engineers and technicians to lawyers and accountants, educated professionals have been working with and for — directly or indirectly — small workshops and big assembly-line factories that have provided the momentum for the country’s rapid economic growth since the late 1970s.
In their eyes, China’s being the ‘world’s factory’ is not merely an expression used by the media, but describes their everyday encounters.
Lu is a lawyer based in Foshan in the Pearl River Delta area, one of the industrial hubs in China. Over his two decades of practice, Lu has routinely dealt with small business owners who make clothes, shoes, toys, electric appliances, and other daily consumer items.
However, as Lu understood it, those businesses involved “very little or no technology” (meiyou jishu hanliang) and had nowhere to upgrade to.
Shao, an engineer, has similar observations. Shao has worked for a European company that has supplied machinery to factories in the same region for over a decade. Shao dealt with factories that used and produced more technologically sophisticated items such as solar batteries and computer chips. Nonetheless, to him, many of the Chinese factories were “there to provide mere assembly service”. The key technologies were “in foreign hands”.
Lu and Shao are by no means unique in their understanding of technology and the economy. Many professionals understand that profit extraction largely comes from the control of technologies and related intellectual property rights, and a biggest share of the profits flow out of the country because many Chinese businesses have no ownership of key technologies.
When the economy slowed down, many of them had first-hand experience: they saw factories fold when foreign investment withdrew and labour costs in the region rose. Many professionals come to the conclusion that what China earns is “xuehan qian” — literally, money from blood and sweat.
The success of small businesses and assembly-line factories (and, by extension, China’s economy) lay in cheap labour, thanks to the large number of workers from rural areas.
China’s achievement in development is “sweatshirt modernity”, a low-end form of modernity. Professionals’ contribution to it, important as it may be, is largely overshadowed by the cheap labour that has attracted capital investment in the first place.
Opportunities and income from the process of developing such “sweatshop modernity” has undoubtedly enabled Lu, Shao and other professionals to enjoy upward social mobility that many of their peers aspire to.
Thanks to the vibrant economy made possible by the labour-intensive businesses and factories, the middle class has experienced a sea of change in their material lives.
In the 1980s and 1990s, when Western societies had been enjoying the convenience brought by technological advancement such as computers and mobile phones, many urban Chinese families still did not have landline phones.
Now, two decades into the new millennium, many middle-class families are using the same technologies as their counterparts in the West — handling work and life on the smartphone through services provided by Chinese platforms.
This makes the Chinese middle class feel that their lives are finally synchronised with those of their peers in the developed world after decades of lagging. It connects middle-class citizens with the country through the lens of technological development.
This sentiment is as much about pride as it is about anxiety. The rise of nationalism among many urban professionals when Chinese tech company Huawei was faced with various charges abroad is not merely a result of the government’s mobilisation of its propaganda machine.
It is also a techno-nationalist sentiment born of a heartfelt need to move on and beyond. (AGENCIES)