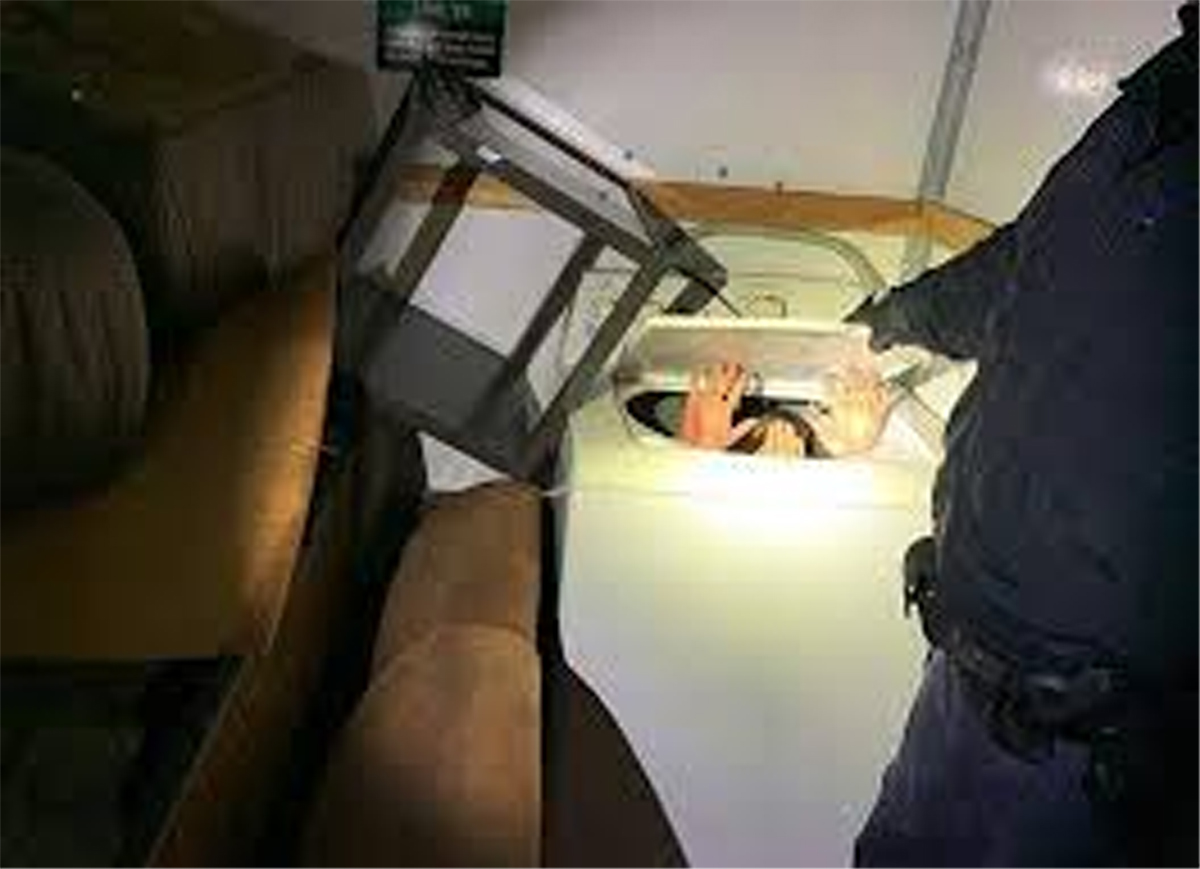 SAN DIEGO, Dec 11:Eleven Chinese migrants were discovered hiding in furniture and appliances inside a truck stopped by agents as it entered the US from Mexico at a Southern California border crossing, federal officials said.

At least one person was crammed inside a washing machine and another was curled up inside a wooden chest, according to photos provided Monday by US Customs and Border Protection.

Authorities searched the truck Saturday evening at the border crossing between Tijuana, Mexico and San Diego, the federal agency said.

The truck driver, a 42-year-old US citizen, was arrested on suspicion of human smuggling, a Customs and Border Protection statement said.

He was not identified.

The 11 Chinese citizens were detained pending criminal and immigration proceedings, the statement said.

These are human beings that smugglers subject to inhumane conditions that could have deadly consequences, Pete Flores, director of field operations in San Diego for Customs and Border Protection, said in the statement.

Fortunately no one was seriously injured.

Six Chinese nationals were found last month at the same border crossing concealed behind a false wall in a truck trying to enter the US, officials have said.(Agencies)