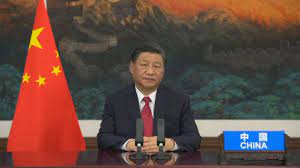 WASHINGTON, Sept 17: Asserting that China is the biggest threat to the global peace order, the Inter-Parliamentary Alliance on China in its latest annual meeting here has agreed to create a counter-narrative against the Chinese propaganda and also send a global delegation of lawmakers to Taiwan to show their solidarity with the Taiwanese people.
The Inter-Parliamentary Alliance on China, which included members of parliament from India as well, during their annual summit here was attended by 60 lawmakers from 30 countries, including Sujeet Kumar from the Biju Janata Dal.
“We are intending to go to Taiwan sometime in the future…MPs from different countries to show solidarity with Taiwan. Because Taiwan is a proud, vibrant, peaceful democracy. And it’s really important to support Taiwan against Chinese aggression,” Kumar told PTI in an interview.
In its communique, IPAC calls for greater support for Taiwan and moving critical supply chains away from China.
Observing that China is very good at creating a false narrative of its peaceful rise, Kumar said, “We know that China has sold this narrative of peaceful lives for a long time and fooled the world. Now we all know that was a mistake. The idea is to create a counter narrative to China’s aggressiveness, to sensitise the world community.”
“China is going to be the biggest threat to the peaceful world order, to international order. And also to ensure that China doesn’t make spurious claims on the South China Sea for instance, on Indian Territory, Taiwan and also to raise awareness about what’s going on in Xinjiang and Tibet,” Kumar said at the end of the two-day conference that concluded here early this week.
Kumar is national convener of all-party parliamentary forum on Tibet. It is a bipartisan Indian parliamentary forum to raise the Tibetan issue, to help the Tibetan community living in India and also to support the peaceful struggle of the Dalai Lama.
“We all know what China has been doing in Tibet. It has literally embarked on a journey of destroying the language, the culture, religion, heritage, religion, of the Tibetan people, and also the ecosystem of the environment and ecosystem of Tibet, which will have serious consequences for India if it’s not strong.
“Because most of the many of the larger rivers of India originate in the Tibetan Plateau. And China is trying to use that as a geopolitical tool by building large dams, by changing the course of the rivers,” he said.
Kumar said he raised these issues at the conference and also raised the issue of the successor of the Dalai Lama. “Now, we all know that, as per the Tibetan tradition, it is the Dalai Lama, which has been indicted the overlords ready to anoint his successor, but China wants to have its own Dalai Lama in and to hijack the Tibetan struggle for independence,” he said.
The issue was raised by him during the meeting and in his meetings with officials of the State Department here, Kumar said.
Responding to a question, Kumar said there is convergence of views on China between India and the United States.
Founded in June 2020 to promote reform of the approach of democracies towards China, IPAC has sought to sensitise democratic governments to the challenges posed by the rise of China, and to suggest tools to safeguard the rules and rights upon which global peace and prosperity depend. (PTI)