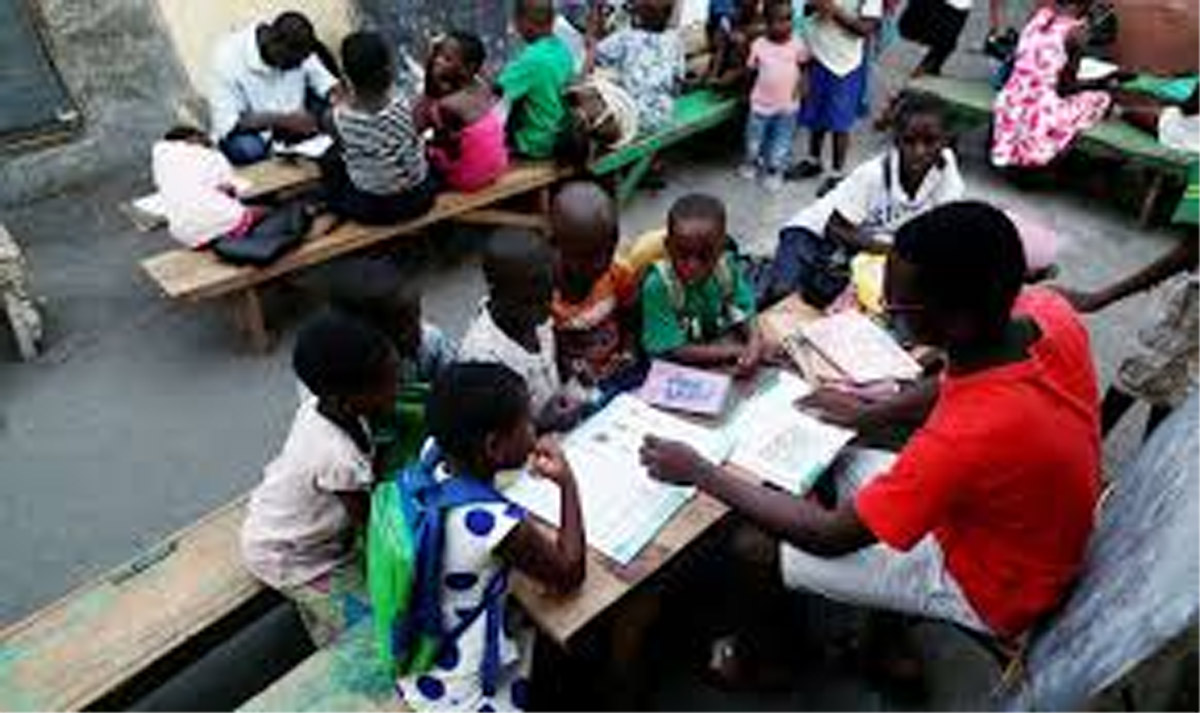 ACCRA, Dec 6: Respect Ruvimbo Topodzi was 15 and walking home from school in her native Zimbabwe when a 22-year-old man asked her out. She turned him down but it was too late.
Her father saw them and assumed they were already together. He told her she had to marry the man and live with him. She dropped out of school and soon became pregnant.
It was only when her husband became abusive that she was allowed back to the family home. Since then, Topodzi has been working to stop other girls having the same experience.
She took on the government to change the law and increase the minimum legal age of consent for marriage from 16 to 18.
“As a mother and survivor of child marriage, I am so passionate about ending child marriage,” she told AFP at a recent conference on the subject in Ghana’s capital Accra.
“I know how it feels to be married early and I know how you handle things in your marriage — that is so difficult.”
According to a new World Bank report, more than a third of girls in sub-Saharan Africa marry before their 18th birthday, which costs countries billions of dollars in lost earnings.
Estimates for 12 countries suggest some USD 63 billion (55.5 billion euros) is lost because child brides complete fewer years of formal education than their peers who marry later.
Every year of secondary education reduces the likelihood of marrying before the age of 18 by five percent or more, it added in the report, “Educating Girls and Ending Child Marriage”.
West Africa in particular has the highest prevalence of marriage before age 15, and of the top 20 countries with the highest rates of child marriage in the world, 18 are in Africa.
Yvette Kathurima Muhia, from the Girls Not Brides organisation of more than 1,000 civil society groups working on the issue, said governments and communities need to work together.
Twenty-four countries have launched national strategies to end the practice since the African Union began a campaign to stop child marriage by 2023.
But she said more needed to be done, particularly to keep girls in school by providing free meals, sanitary items and transport.
“Then the families feel they can send the girls to school, where they have support and incentives rather than if they were at home,” she added.
The causes of child marriage are complex and include traditional beliefs, climate change and conflict. But poverty is an underlying factor.
The UN last month said that the drought in western Afghanistan, which has displaced more than 250,000 people, has worsened an already dire humanitarian situation, compelling some families to sell their daughters to pay off debt or buy food.
At least 161 children between the ages of just one month and 16 were sold between July and October, according to Unicef.
Kathurima Muhia, head of Africa engagement at Girls Not Brides, conceded that the AU’s 2023 target to eradicate the practice was “not going to happen”, describing progress so far as “slow-moving”.
As well as addressing policies and legal reforms, social norms must change in communities too, she added.
At the same time, people need to understand that there are no cultural or religious reasons to marry off young girls, she said.
In September, the marriage of a 15-year-old Malaysian girl to a 44-year-old man sparked anger, two months after a girl aged just 11 was married off to a 41-year-old.
But child marriage is not just an issue in the developing world: in June last year, the US state of New York overhauled legislation that allowed children as young as 14 to get married.
The age of consent to marry there is now 18, putting pressure on other US states to follow suit.
Despite growing awareness of the practice, as policy makers met in Ghana a 17-year-old girl in South Sudan was auctioned for marriage on Facebook, causing international outrage.
The viral post eventually led to the largest dowry ever recorded in the fledgling war-torn nation, with the highest bidder a man three times older than her.
Others bidding included a deputy state governor, according to reports.
Kathurima Muhia said that indicated the scale of the task at hand.
“One of the challenges we are having on the continent is where the policymakers themselves who are supposed to protect the law are the ones who are breaking it and child marriage is a key way of demonstrating that,” she added. ( AGENCIES)