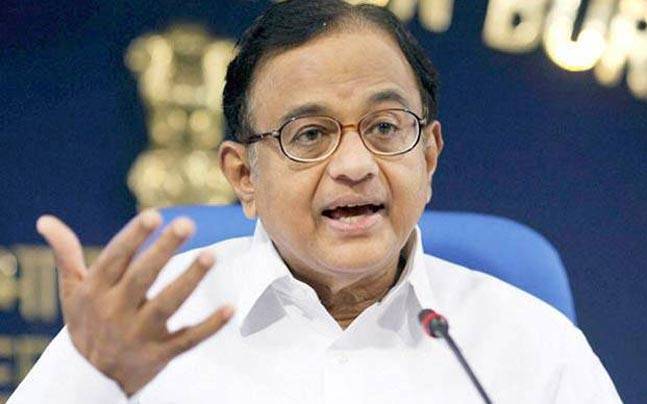 NEW DELHI: Senior Congress leader P Chidambaram Friday slammed the Modi Government for its banking policy, saying due to its “heavy-handed” approach towards non-performing assets, banks have no money to lend.
In a series of tweets, the former Finance Minister also claimed that though export credit had declined from Rs 39,000 crore in June, 2017, to Rs 22,300 crore in June, 2018, the Government thinks that it is taking steps to boost exports.
“In a climate of suspicion and vendetta, the only thing a banker looks forward to is the date of retirement. “Thanks to the NDA Government’s heavy-handed approach to the NPA problem, banks have no money to lend and bankers have no mind to lend,” he said.
Chidambaram said the report of the United Nations Development Programme (UNDP) and the Oxford Poverty and Human Development Initiative has said 27.1 crore people in India were lifted out of poverty between 2005-06 and 2015-16 and of those 10 years, the UPA was in the Government for eight years.
“For the BJP Government, its bloggers and bhakths, every problem is a ‘legacy’ issue. Wish to remind them that lifting 27.1 crore people out of poverty is also a ‘legacy’ issue,” he said. (AGENCIES)