Dr Sheetal Badyal, Dr Hari Dutt Shishu
The ongoing lockdown and restrictions in the movement and confinement of human beings in the four walls of the house is causing and further likely to cause tremendous impact on the human development and behavior. It has its far-reaching, serious and long -term effect on the human beings across the globe , more particularly on the women and young children. As per an estimate, about 1.5 billion students are deprived of their formal schooling. The stress of losing jobs and anticipated economic crisis is leading to a massive change in the human behavior. The reports of increasing domestic violence and sudden spike in domestic drudgery are few glaring instances of changing human behavior due to this pandemic. In short, it has spread a fear for life across the globe in all sections of society, ethnicity, nations and continents.
The most powerful countries in the world have been helpless to prevent the spread of this fatal virus. Their inability to cope up with the disaster and helplessness to maintain proper supply to their healthcare workers have caused more stress in India itself resulting a very negative impact on the Indian Society, which hitherto, always looked towards the west for betterment. The present scenario of the West is instrumental in deepening the traumatic experiences of Indian Society and further complicating the psychological health of its masses. The latest trend in the spread of this virus in our country has raised a million dollar question to the health care strategies of the Government and the same has a serious impact on the general behavior of our citizens.
Innumerable behavioral changes are being observed in our society since the outbreak of this fatal virus. Even before the formal lock down declared by the Government, tacit changes in the human behavior had been witnessed like avoiding public transport, social gatherings , formal invitations from friends and relatives. However, the massive panic buying reflected more explicitly, the changes in the human behavior under the impact of Covid 19. These changes can be assessed by the report released by National Commission for Women for the month of March 2020. The same is reproduced here to be more explicit and unarguably confirm the assertion.
* Going by the National commission for women, as per its record, it shows twofold rise in gender based violence in this period of lockdown.
* Total complaints- Rose from 116 in the first week of March to 257 in the final week of March.
* Rape or attempt to rape- Rose sharply from 2 to 13.
* Domestic violence- Increased from 30 to 69 over the same comparative period.
The given data may not be as per the actual situation on the ground as most of the cases remain unreported due to the restriction caused by the continuous lockdown.
The major impact of the COVID-19 is being suffered by the young children and the students. Continuous closure of schools resulting into the separation of young minds from their playgroups, peers, friends and playgrounds is costing dearly to their mental health and this detachment has the potential to cause an emotional upheaval amongst the young children. The other group of marginalized strata of young minds , have their own stress for not coping up with their studies online , due to lack of facilities like internet, access to computer, both, in their houses and the schools they are studying in. The students engaged in preparing for various national level competitive exams like JEE[ADVANCED], JEE[MAIN] and NEET for seeking admissions in the NITs, IITs and Medical colleges in India and abroad are also facing a tough time due to this uncertainty and it is likely to reflect on their mental behavior. The worse sufferers are the students who missed admission last year on a margin of fraction and waiting again to appear as ‘Droppers’ Batch’. Long leave of maids and help on the domestic fronts have added to the miseries to the women , more specifically, to the working women who are not used much to the household chores ,thus impacting negatively their mental health resulting aggression in their behavior .
A way Forward: In face of these adversities and to ensure safety to all the vulnerable classes, it is imperative on the part of both the State and the Central Governments to keep public health first in response to the pandemic . Government should extend all possible help through medical and allied departments for the free and easy counseling for all vulnerable groups. The employers ,both in the Public as well as Private sectors, have to be conscious and sensitive to the mental health of their employees and must ensure proper and positive working atmosphere. It should be mandatory for all the big concerns to have a counseling facility within the organization to extend genuine help for the mental health of their employees. This initiative shall not be merely beneficial for the employees but to the employers as well. The other important sector that can be helpful is the social sector through various NGOs, Philanthropic Trusts etc. These organizations have their strong social networking through various activities like SHGs and mass contacts and also have expertise in dealing with the extraordinary situations in vogue . Lastly, to cap it all, we need to help each other and be sensitive to everyone in this hour of crisis to restore confidence and make our society happy, healthy and worth living and it shall serve as a befitting reply to the human enemy COVID-19.
feedbackexcelsior@gmail.com 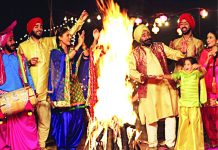