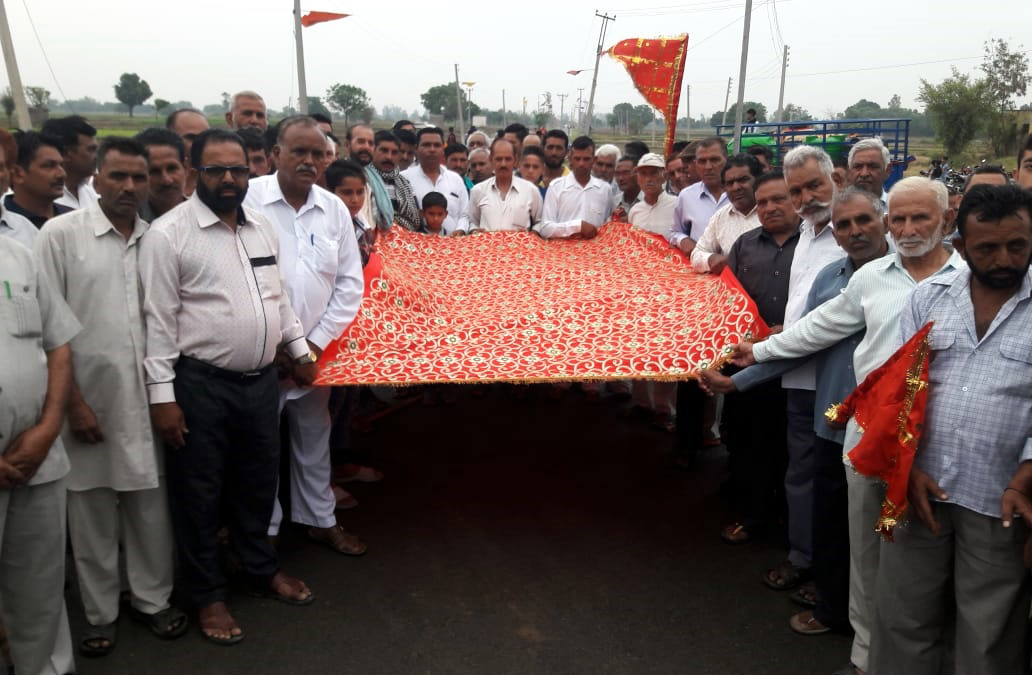 SAMBA, June 28: The annual Baba Chamliyal Mela in Ramgarh sector of Samba district being held near Indo-Pak border every year with much fan fare and enthusiasm remained a low key affair this year due to Indo-Pak hostilities at border.

Click here to watch video
As the Government announced not to celebrate the annual Chamliyal Mela this time due to recent ceasefire violation by Pakistan and killing of BSF men on border, the annual mela remained a low key affair this time. There was no usual hustle and bustle during the Mela this time nor the people from different parts of Jammu and other states visited Ramgarh to participate in the annual religious function at the shrine of Dilip Singh Manhas popularly known as Baba Chamliyal.
No Shakar and Sharbat was distributed and no Chadder was offered by Pak Rangers on behalf of the people from across the border at the shrine as has been a tradition in past.
However the local people of Chamliyal and surrounding villages organized a function and offered Chadder at the shrine.
A langer was also organized and people were served with prashad. The BSF jawans and officers of local unit besides local police and civil officers also visited the shrine and paid obeisance there.
A langer was also organized on the occasion and people were served prashad.