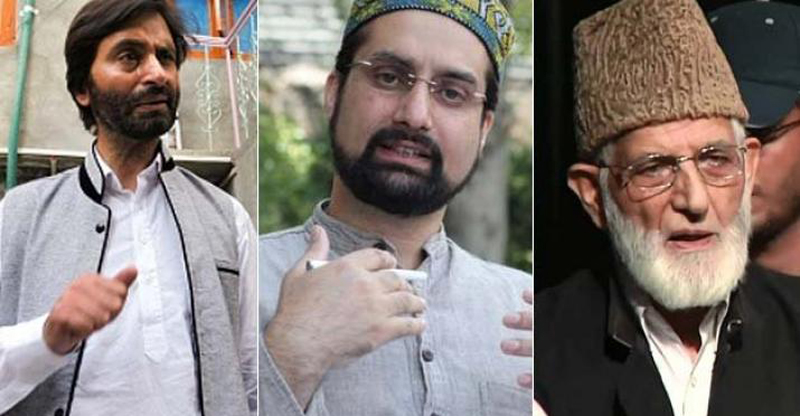 Another step to keep check on separatists

JAMMU, July 7: In another major decision to keep strict surveillance on the separatists and some businessmen clandestinely helping militancy through funding, the Central Government has opened or will be opening and further strengthening the full fledged offices of prominent Central agencies in Jammu and Kashmir, which are tasked with checking hawala money, illegal flow of funds and narco-terrorism.
Official sources told the Excelsior that going ahead with pro-active approach against the separatists and other elements propagating secessionism and fuelling unrest in the Valley, the Central Government has given nod to strengthening of Enforcement Direcrorate and Directorate of Revenue Intelligence (DRI).
“Earlier, the agencies functioning with offices where the officers had to take permission from their Main offices either at Chandigarh or New Delhi for conducting their proceedings. Now, the Central agencies will have full-fledged offices at both Jammu and Srinagar, which would facilitate quick action, wherever necessitated and the officers won’t have to run to Chandigarh or New Delhi for obtaining the permission,” they said.
“The two agencies would have their offices both in Jammu and Srinagar, the twin rotational capital cities of the State,” sources said, adding that adequate staff has either been sanctioned or was in the process of being sanctioned for full-fledged operations of the Agencies, which, the Government believed, would help to a great extent in checking the activities of separatists, Over Ground Workers and sympathizers of militants and some businessmen, who are known for funding the militancy and stone pelting to fuel unrest in the Kashmir valley.
As narco-terrorism has also been gaining momentum in Jammu and Kashmir with several cases detected by police in which the narcotics seized had been smuggled by the militants, sources said the strengthening of full-fledged office of the Directorate of Revenue Intelligence will also help in curbing narco-terrorism amid reports that part of funds generated from smuggling of narcotics might be going to the militants and their sympathizers. While the DRI office is operational, the centre has decided to strengthen it further.
The Central Government decision comes close on the heels of several steps taken to choke funding of separatists and militants in the Kashmir valley. The National Investigating Agency (NIA) has booked number of separatists and some businessmen and arrested them for their involvement in taking hawala money to fuel unrest in Kashmir.
The Centre was also reported to have decided to move more separatists and militants from Jammu and Kashmir jails to outside including Tihar, Jhansi, Udaipur etc.
Sources confirmed that the Centre has made its policy very clear on Jammu and Kashmir that it won’t tolerate separatism anymore and operational of full-fledged offices of the central agencies was a step in this direction.