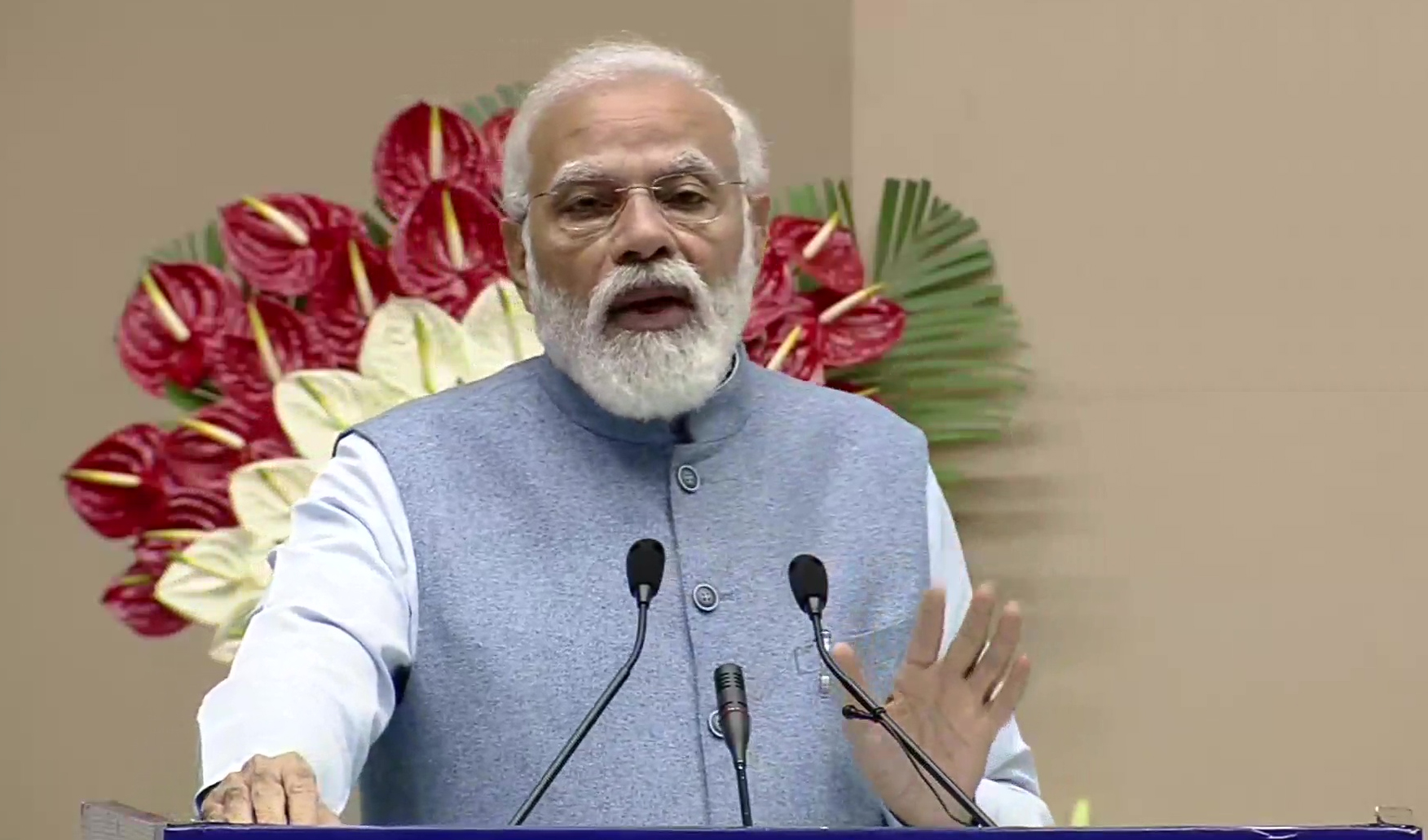 New Delhi, Dec 12: Prime Minister Narendra Modi on Sunday, in a veiled attack on the previous regime, said that the middle and poor class have time and again suffered from the banking crisis, but present India is determined on resolving these problems.
Speaking at the ‘Depositors First: Guaranteed Time-bound Deposit Insurance Payment up to Rs 5 lakh’ programme here, the Prime Minister said that the BJP-led Central government has enhanced financing system and has introduced various reforms in the last 7 years to benefit the poor and middle-class individuals.
He informed that in the last few days, more than 1 lakh depositors have got their money back which was stuck for years which amounts to more than Rs 1300 crore.
“For years, the attitude of slipping the problems under the carpet was prevalent in our country. Our middle and poor class have time and again suffered from the banking crisis. But today’s new India is determined on resolving these problems,” PM Modi said.
“Today is an important day for the banking sector and account holders. Today symbolizes the fact that the government has always kept the ‘Depositors First’. Depositors first, the name of this programme reflects our priority and responsibility towards them and their needs,” he said.
“We have increased the cap from Rs 1 lakh to Rs 5 lakh for these depositors to make the most out of this opportunity and build a sense of trust among our depositors,” he added.
Union Finance Minister Nirmala Sitharaman and RBI Governor Shaktikanta Das were also present at the event.
“The country has demonstrated of working together during this COVID pandemic. India’s moment has come where India can really become a gross driver of the world economy. That will be possible if all stakeholders in the banking sector work together,” Shaktikanta Das said.
With deposit insurance coverage of Rs 5 lakh per depositor per bank, the number of fully protected accounts at end of the previous financial year constituted 98.1 per cent of the total number of accounts, as against the international benchmark of 80 per cent. (Agencies)