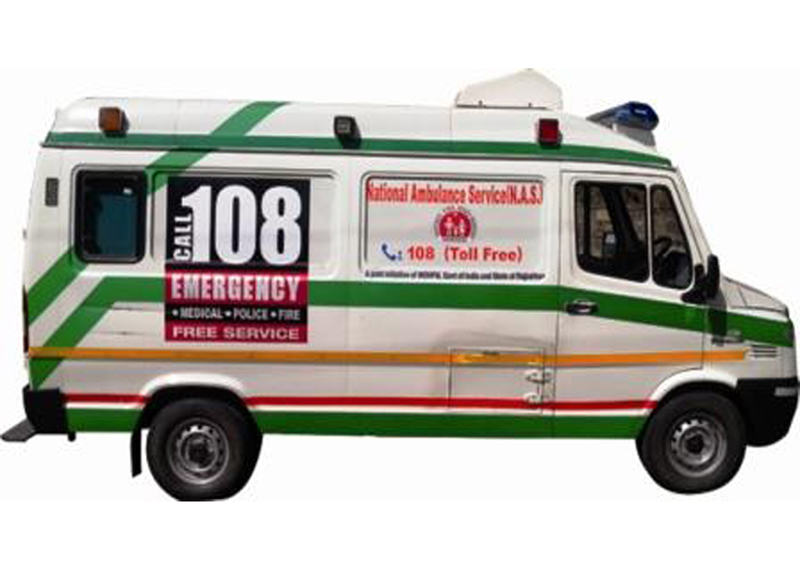 SRINAGAR, July 15: The operation of Critical Ambulance Service (102, 108) in the State that was to be started in April this year will suffer further delay as the Centre is constantly delaying the process of funding for the project.
The service was officially set to start by the end of April this year. However, the bottlenecks that are hampering the start of operation have not yet been cleared completely by the authorities leading to further delay in the start of the services.
Financial Commissioner, Health and Medical Education Department Atal Dulloo told Excelsior that the project was facing funding issues as the NHM-which is the executive agency of the project-was solely dependent on Central funding to initiate the project.
“We have not been given the required funding so far, rest is all done. Once the approval for funding is given a go ahead, we will be able to roll it out within three months. We are dependent on the Central funding because the State Government is not able to provide the funds for the project. We were expecting a breakthrough, but for last more than 10 days nothing tangible has been achieved in this direction,” he added.
Earlier in March, all the stakeholders had agreed upon to have tangible results soon and that the service will go live by the end of April, but so far, the service appears to be only on papers. Health and Medical Education Department itself had accepted that there has already been a great deal of delay in starting the project.
It was agreed upon during a meeting of all the stakeholders that 416 such ambulances will be rolled out across the J&K beginning from April, with clear directions of meeting with the set deadline.
Earlier, the Mission Director, National Health Mission Bhupendra Kumar told Excelsior that the project was delayed due to paucity of funds with the implementation agency and that NHM was in constant touch with the Central agencies in order to get the things done. However, the project has been constantly witnessing delays.