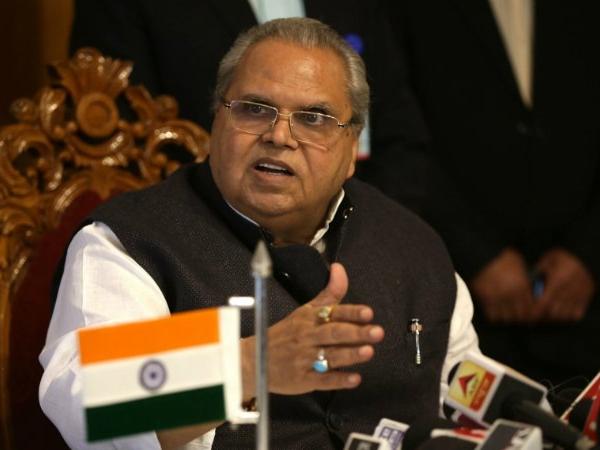 Industry to get GST, IT reimbursement

Final notification to be issued shortly

Sanjeev Pargal
JAMMU, Dec 21: With a view to give major boost to industrial sector in Jammu and Kashmir, the Central Government today announced package better than North East Industrial Development Package to Jammu and Kashmir in which the industry has been given key incentives.
Though the Government said that North-East Industrial Development Package has been extended to Jammu and Kashmir, official sources told the Excelsior that the Package was much better than the North East.
The package was approved today in New Delhi in a meeting of top Industry and Commerce officials with officials of Department of Industrial Policy and Promotion, New Delhi and a final notification is likely to be issued in few days.

Click here to watch video
“The package in North East is confined to new industrial units only but in Jammu and Kashmir, it will be implemented for substantial expansion also,’’ sources said, adding that this was an added advantage for Jammu and Kashmir.
Similarly, they said, the benefits under plant and machinery were confined to Rs 2 crore in North East while in the case of Jammu and Kashmir, the benefits have been raised to Rs 5 crore.
Key benefits in the Industrial Development Package included GST reimbursement of Central share of CGST and IGST for a period of five years, Income Tax reimbursement for five years, Transport incentive of 20 percent for transport by Railways or Waterways and 33 per cent by air and Employment incentive of an additional 3.67 percent of employer’s contribution to EPF in addition to 8.33 percent already paid by the Central Government under PMRPY.
However, according to sources, the State will take its call shortly on reimbursement of 42 percent GST shortly after discussions in the State Administrative Council (SAC). However, the Centre will reimburse its share of GST.
“The Package was finalized by the end of November when Shailender Kumar was Principal Secretary, Industries and Commerce and the deal was finally clinched today in the meeting of Standing Finance Committee’’ sources said, adding that Kumar had made lot of efforts in drafting the Package and securing benefits for the industrial sector of Jammu and Kashmir from the Centre.
Union Minister in the Prime Minister’s Office (PMO), Dr Jitendra Singh, commenting on the Industrial package to Jammu and Kashmir on North-East level, credited the Central Government headed by Prime Minister Narendra Modi and Governor Satya Pal Malik and his administration for pursuing and securing the package for industrial sector. Dr Singh had drafted the package for North East in his capacity as the Minister Incharge for North East.
While previous PDP-BJP coalition Government in Jammu and Kashmir made no serious effort to secure the package notwithstanding that it was given to the North East one and a half year back, the Governor’s administration pursued the package vigorously and secured it.
According to an official spokesman, till June 2017, the benefits given to new Industrial Units in Jammu and Kashmir were largely similar to the benefits extended to North Eastern States under the Industrial Development Scheme of the Government of India.
“However, when a new scheme was approved for Jammu and Kashmir separately in 2017, only 3 benefits given to the Northeast were extended to J&K,” the spokesperson said and added that these included Capital Investment Incentive of 30%, Interest Incentive of 3% and Insurance Incentives – all for 5 years.
The benefits given to the North East, such as GST reimbursement, Income Tax reimbursement, transport incentive and employment incentives were not extended to Jammu and Kashmir. “In fact, these incentives are critical to attracting new investment and consequently, very few units took advantage of this scheme,” he said.
He said following the intervention of Governor Satya Pal Malik and persistent efforts by the J&K’s Industries Department with the concerned Union Ministries, the Department of Industrial Policy and Promotion, Government of India today finally approved the extension of the benefits of the Northeast Industrial Development Package to Jammu and Kashmir as well.
This was a long-standing demand of all Chambers of Commerce in Jammu and Kashmir and of investors, the spokesman said adding that these new incentives would give a tremendous boost to investment in Jammu and Kashmir especially in MSME sector, creating new job avenues for the local youth, revenue for the Government and a huge fillip to the State economy.