JAMMU, Aug 15: The Government of Jammu and Kashmir has released an official communication regarding the implementation of the Village Defence Guards scheme in the union territory.
The implementation has been initiated after getting approval from the union home ministry that changed and revised the old scheme in March. The scheme will be implemented from Monday.
The official communication from the UT government has also given details about the scheme.
“The members of the Village Defence Group shall be designated as Village Defence Guard (VDG),” the home ministry said in a communication to the J&K government in March. “In more vulnerable areas, persons (V1 category) who shall be leading/ coordinating the VDG would be paid of Rs. 4500/- per month and other persons (V2 category) who are members of these VDGs on voluntary basis will be paid a uniform rate Rs. 4000/- per month. VDGs will function under the direction of SP/SSP of the concerned District.”
According to the official communication of the government of Jammu and Kashmir released this month, each Village Defence Group will function under the supervision and direction of the SP/SSP of the concerned district. Similarly, each Village Defence Group will be led/coordinated by the persons bracketed in the V1 category, who will also be authorised to make use of the police wireless facilities for passing and receiving messages having a bearing on their charter of duties.
All the guards will get monetary benefits of close to Rs 4,000 per month.
According to the J&K government, the Village Defence Guards scheme is intended to inculcate an attitude of self-protection in security matters amongst the local population and also to supplement the ongoing efforts of the security forces in dealing with the acts of subversion and trans-border movement. “It is a manifestation of the will of the people to actively and voluntarily participate in the efforts to thwart the nefarious designs of the anti-national elements and to uphold the sovereignty and integrity of the nation,” a government document says. 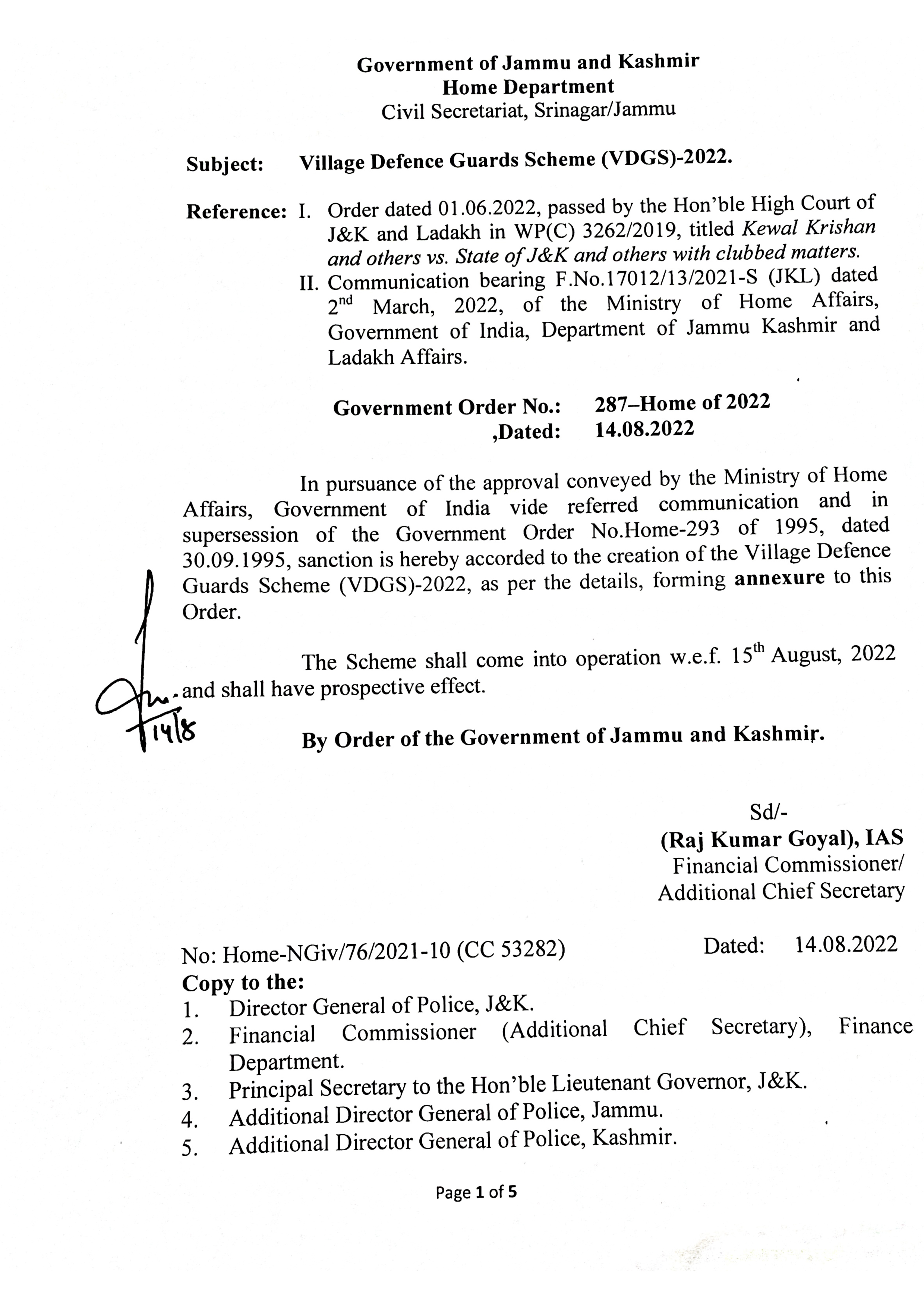