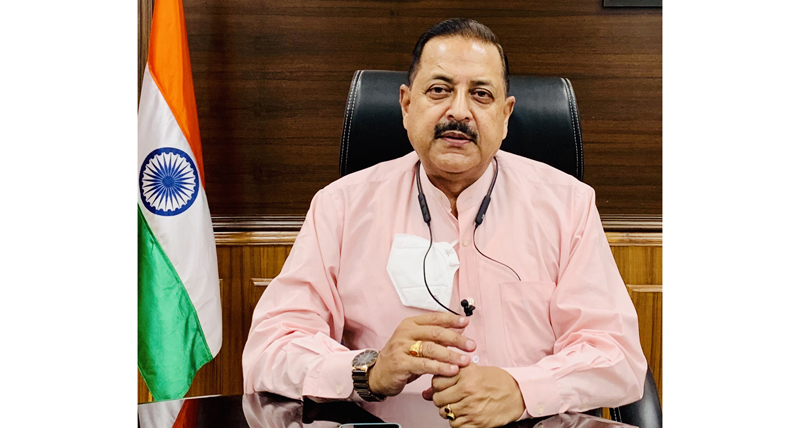 NEW DELHI, Sept 16 : With the oral replies and starred questions having been suspended for the current session of Parliament in view of COVID, Union Minister of State (Independent Charge) Development of North Eastern Region (DoNER), MoS PMO, Personnel, Public Grievances, Pensions, Atomic Energy and Space, Dr Jitendra Singh stated in a written reply in Lok Sabha today that the average disposal time of grievance in the Department of ARPG in Union Ministry of Personnel has progressively improved over the last six years.
For example, during the COVID pandemic, the exclusive grievance redressal option made available at the Central Portal ensured redressal of every grievance at an average disposal time of 1.4 day, he stated.
He said the Directorate of Public Grievances [DPG] in the Cabinet Secretariat has a mechanism to entertain representation from a public complainant who says he is not satisfied with the response received from the concerned Ministry/Department within a reasonable period of time.
The number of public grievances received, actually redressed and pending for redressal during the last three years. The reply also gave statistical details of the same.
In reply to another question, Dr Jitendra singh stated that in order to mitigate the hardships to candidates seeking Government jobs by providing the same platform to all candidates, and with a view to set a new standard of equity and inclusiveness in recruitment, the Government has set up the National Recruitment Agency (NRA), vide order, dated 28.08.2020. The NRA will be an independent autonomous organization to conduct the Common Eligibility Test (CET) to screen/shortlist candidates for certain categories of posts in Central Government, for which recruitment is carried out through the Staff Selection Commission (SSC), Railway Recruitment Boards (RRBs) and Institute of Banking Personnel Selection (IBPS).
The existing Central Government recruiting agencies like SSC, RRBs, & IBPS would continue to conduct domain-specific examinations/tests as per their requirement.
The NRA will conduct only the preliminary screening of candidates through the CET. Based on the score obtained in the CET conducted by NRA, candidates may appear in the domain-specific examinations/ tests to be conducted by SSC, RRBs & IBPS respectively for the actual recruitment.

Villagers protest against no supply of drinking water